Can a Community Create a New Brand? 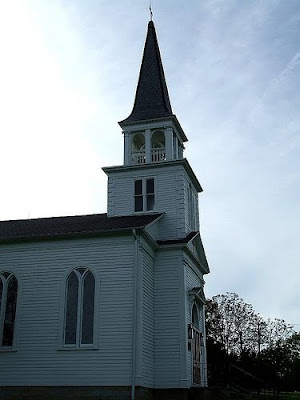 BOARDMAN RESIDENTS AND BUSINESSES ARE GOING TO TRY
“A Nice Place to Call Home” proclaim the signs entering Boardman Township.

“A traffic nightmare,” proclaim some holiday shoppers.
“You must have a location there,” say most retailers.
“The Valley’s new center of healthcare,” say medical experts.
So which is it? What captures the image of Boardman? What should it be? What’s the difference?
HOW BOARDMAN STARTED
When Boardman was founded in the late 1780s by Elijah Boardman, it was primarily an agricultural community. Around the turn of the century, a railroad line led to Southern Park, a horse racing facility on Washington Boulevard. Thus the area was an early draw for Youngstown urbanites.
WHAT HAPPENED
Around 1950, the Youngstown Sheet and Tube Company, one of the greatest steelmakers in the country, built a unique suburban campus for its headquarters and remained there until 1980. But it was Edward J. DeBartolo, Sr. who made the biggest impact on the area. He built one of the nation’s first strip plazas in 1950, followed by an amazing modern shopping mall in 1970. Boardman became the place to live, shop, eat, do business in and more. But 30 years after the retail and housing explosion, we’ve lost our identity.
WHAT’S NEXT?
Sparked by Trustee Larry Moliterno, a group of Boardman residents, business owners, school officials and others began meeting. They’re undertaking an independent, grassroots effort to establish a quality Boardman Brand, and then ensure the township lives up to the image that brand will portray.
WHY DO IT?
Boardman residents want to keep the quality of life they have — and improve on it. That means attracting and keeping home buyers, as well as business and professional services. They want to build community PRIDE. And they want the regional recognition they deserve for the considerable economic impact Boardman residents and businesses contribute to the Valley. Boardman needs to look at what makes it special and different. It must communicate that in every message that is sent out. More importantly, once a consensus is reached, it must have “buy-in” by its own residents before it promotes that message to others.
FARRIS SUGGESTS RESEARCH FIRST
Farris Marketing is providing pro bono research services through its online research platform ValleyOpinion.com. The Boardman Branding committee will be using the site to gather real-time survey answers from recent home buyers in Boardman, as well as the opinions of those living outside of the township. The online research will be supplemented by interviews with real estate experts, bankers and business owners.
DEVELOPING GOALS AND MESSAGES
Once all the research is in, the committee will be setting goals and getting even more input from area civic groups, churches and neighborhood organizations. Then timelines, major messages and budgets will be developed — along with a donation campaign to help fund the effort.
WHAT IT IS — AND IS NOT
This is an effort by Boardman SUPPORTERS. No one will turn a blind eye toward what is wrong with the township, but our focus is going to be on promoting what is right with it. Negative, “anti-everything” people can start their own group.This is not a government-run program. Though an elected official had the idea and got it started, it’s the stakeholders — homeowners, seniors, businesses and civic groups — who are running with it.
CAN IT BE DONE?
Yes! Ask residents of Plantation, Florida or Louisville, Kentucky — communities that started branding efforts in the past few years. Or check out LaQuinta, California, which began its successful program almost 10 years ago.
OTHER IDEAS
Why not a Boardman Chamber of Commerce? How about a commerce coalition with similar local suburbs? How about an ongoing marketing committee?
JUST THE START
Once the results of the research start coming in, more and more information will be released; we’re developing an informational blog as I write this. Visit BrandingBoardman.org for updates. I’m not sure what Elijah Boardman would think about this branding effort — but then again, he created the brand name.
Stay tuned and stay smart.
For Breakthrough Ideas that deliver Bottom-Line Results contact Farris Marketing

It’s quiet. Chilly. And still kind of dark. Most of the Valley is still asleep. But I’m at Mill Creek Park sipping the last of my wonderful hot coffee and getting ready to run one of the trails around the lake. I know the next 10 or 12 hours will …