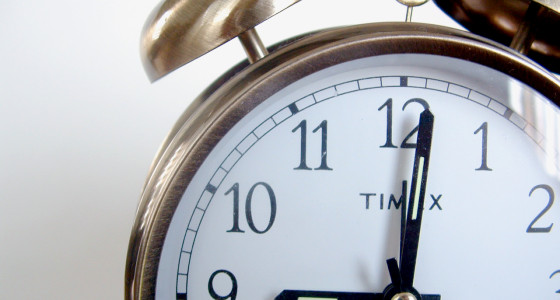 Maybe the time for these ideas has come. Or maybe not.

What if we had no limits?

I was watching the Times Square New Year’s Eve celebrations on TV. Everyone was wearing top hats that had a huge NIVEA logo on them. They were being interviewed under a NIVEA banner and were only interrupted by a few NIVEA commercials. I thought “Geez, do we need to commercialize this public event? This is a time of hope, a time of inspiration, etc, etc, etc.”

But maybe I was jealous that I had not thought of the top hat deal myself. Why not expand the use of marketing in other public venues and areas? Maybe there’s a way to make it a win-win situation for consumers, clients and community. Then something dangerous happened. I started thinking “What if….”

What if we sold advertising space on the outside of police cars? City budgets are maxed out, but we want to see police cars patrolling the streets, right? So the ad revenue could pay for a bigger force and all new Tasers.

What if Highway Patrol officers handed out coupons for $5.00 off KFC chicken when they gave out tickets? Then, even if you had to pay a $75 fine, you could console yourself with a bucket of fried or grilled chicken?

What if Drug Task Force undercover agents delivered pizza? Imagine how easy it would be to spot marijuana smokers. It may be profiling, but if somebody orders five mushroom pizzas, you gotta be suspicious. When the narc squad delivers the pizza, they’ll see or smell “probable cause” and arrest the customer (after they pay for the pizza, of course).

What if we put ads for bail bond companies INSIDE police cars? They can be attached to the back of the cage that separates arrested suspects from the officer in the front. Talk about targeted marketing!

What if we sold ad space on the inside roofs of EMT vehicles? Why make lawyers chase ambulances? Imagine lying on the stretcher after some idiot came through a stop sign and hit your car. You look up at the ceiling of the ambulance and you see the 800 number for Elk & Elk! Perfect!

What if we used stalls in public bathrooms to collect research? Public toilets were not always free, and I don’t think we should charge now — but what if you were required to enter a valid email address on a touch-pad keyboard before you could enter the stall? While sitting there, perhaps you could text answers to a quick survey about the quality of toilet paper.

What if we allowed companies to advertise ON currency? I’m talking about Wonder Bread on the back of one dollar bills…Frank’s Hot Sauce on a five…tax preparer services on the back of a ten (“Send less of these to Uncle Sam when you use H+R Block”). The revenue could help pay down the deficit by 2090…or ’91 at the latest.

You can see the possibilities now, can’t you? All it takes is a little imagination.

By the way…are you using reading glasses to view this article? What if I could reduce the cost of your glasses with a small see-through sticker on the lens that is sponsored by Farris Marketing?

Now you’re starting to catch on!

2000–2009 BROUGHT BIG CHANGES Every decade has events and developments that have significant impact on society in general and business specifically. Who would have thought that after the “dot-com” boom of the ’90s, this decade would bring even bigger changes? DECLINE OF NEWSPAPERS Rarely has an industry seen such a …