Campaigning for a Cause 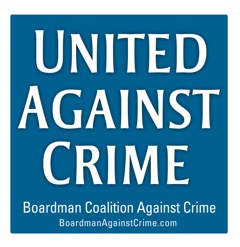 Can you pass a levy without spending heavy?

The answer is YES.


Several months ago, we faced that question when we took on the challenge of managing a campaign to pass a 3.8 mill Police Levy in Boardman.  And the levy passed by more than a thousand votes with almost no heavy spending on media.


The levy will generate almost $20 million over five years, but we spent less than $22,000 for the entire campaign. And all of that was raised by the supporters — no big corporate donors.
How did we do it? With education, demonstration and a lot of hard work.
THE DETAILS
Early this spring, Farris Marketing got involved in the Police Levy campaign in Boardman Township. Due to a lack of manpower, crime was on the increase — especially illegal drug activity. Our office is in Boardman, and many of us live here also. This was a pro bono account we needed to work on for the sake of the community and our families.
Police Chief Jack Nichols, a 34-year veteran of the force, recalls that in his first 20 years on the BPD, there were less than 20 arrest warrants in an entire year for drug-related crimes in Boardman. Today, there are two or three a week! That’s not good.
So we had to convince our cash-strapped neighbors to dip into their pockets and agree to pay $117 more a year to increase the size of the police force by 10 officers and another 10 support staff. The force won’t be as big as it once was, but it will help us stem the tide.
CHALLENGES
There were several. First, the levy effort failed the first time around in November. Then due to disagreements between administration and the unions, the levy was pushed from the May election date to a special election date on August 2.
Who votes on August 2nd? Not many. It was going to be tough to get people out to vote either way on an odd day like that. Not a good start, but this was too important to let that stop us.
A DIFFERENT TYPE OF CAMPAIGN
Early on, we determined the old-fashioned type of political campaign was not right for this effort.
Instead, we asked the police chief to head an organization called the BOARDMAN COALITION AGAINST CRIME. This was not a temporary organization just for the levy, but rather one that we will continue to use to keep the police and community in touch with each other.
Our first goal was EDUCATION. Instead of commercials and political deal-making, we arranged for the police chief and a Coalition member to meet and talk to local block watch groups, condo associations, realtors, clergy — any group that wanted to learn more.
We believed that once people heard the facts, they’d support the levy. We turned out to be right about that. The smaller groups have joined the coalition and have helped us spread the word and raise awareness.
Our second goal was to DEMONSTRATE SUPPORT. The Coalition developed several events to demonstrate that the public was behind the levy. The first was called SIGN THE CAR/SHOW YOU CARE. Supporters signed their names on a decommissioned Boardman police car in a public event on May 23. The car was brought to many events over the levy time period.
Other events included the Memorial Day parade, in which we walked with the signature car while wearing T-shirts and carrying signs. Our COPS AND QUESADILLAS fundraiser, the CLERGY CANDLELIGHT WALK AGAINST CRIME and the ROCK ‘N’ ROLL RALLY AGAINST CRIME also increased our visibility.
Our final goal was to GET OUT THE VOTE. As mentioned previously, we had a big challenge in that the vote was on an odd day and date. We are creatures of habit, and getting people out to vote that day was not easy. We ended up with almost 8,000 total votes, and that’s terrific. It shows that people got the message, and that they care about what happens in their township. For or against, it was important that residents voted — and they did.
OTHER KEYS
THE PILLARS
No campaign can succeed without pillars to support the platform. Our pillars were dedicated and talented people. They included, but were not limited to:
THE LESSON
Not all campaigns are decided with media dollars. Sometimes the right message and hard work can carry the day.

What is in a brand name that makes it special? Can it really make a difference? Or are there other factors that determine the success of a brand, like extensive advertising campaigns? Let’s face it, with enough TV spots, we can make the name “Humperdink Hamburgers” work for the name …