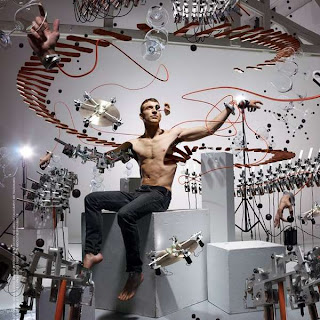 Imagine the year 2525. You won’t be reading my column. Instead, your iPhone 22 will read my column to you.

Of course, I won’t be writing my column either — my avatar will be writing it for me. And since he/she/it is just about perfect, the grammar will be a lot better than when I wrote it myself.

So what will marketing and media look like in another decade or so? Will the guys at Window World still be standing on their windows, not just behind them? Will that make any more sense then?

Will Geico’s spokesperson still be a gecko? Or will someone finally ask, “Look, your name is ‘Geico,’ not ‘Gecko’ — so why are you using a gecko as your spokesperson? And why does he have a British accent?

Maybe television (and TV commercials) will be obsolete. And everyone will watch your “information/education/social relationship-builder video” on their own personal iPad 40G…the one with direct a Bluetooth connection into your brain.

WHAT WILL BE DIFFERENT?
There is a saying among marketing professionals — “The only thing that stays the same in marketing is the constant change. “

That is very true. But what is most likely to change is the media. Media is what has changed the most in the past 100 years of marketing.

If you look at the American media that was used by marketers 100 years ago, it consisted of mainly of newspapers — with the addition of posters that were tacked to telegraph poles and on the walls of any public gathering place.

Billboards were beginning to be popular, but they were mostly confined to the sides of buildings, which were painted with advertisements. Men walking up and down the sidewalk with sandwich boards were common in busy cities.

SOCIAL MEDIA/MOBILE MEDIA
The changes to expect in a nutshell, especially next year and the few after that — can be described with the word “more.”

The demand for FASTER networks will increase next year and soon everything — including TV — will on mobile.

WHAT WILL BE THE SAME?
No matter what media we have to change to — there are some things that will remain the same.

Even in the year 2525, people will need a strong BRAND, strong POSITIONING and a strong OFFER.


Of course, no matter what the media, you always need to execute well, and that is always a challenge.

But no matter how laid-back the delivery, whether it is in traditional or social media or something new, YOUR MESSAGE will always be the most important part of your marketing.


Consumers respond to YOUR MESSAGE they always have responded to — excitement that breaks through the clutter and touches an emotion, and a value that is clear and important to the consumer.

NO NEED TO WORRY IF…
You will be ready to adapt and adjust your branding, positioning and offer to the latest trends IF you are already solid in those areas.


A good message will carry over to almost any media.

But you won’t do well in the future if your marketing is not good now.


So focus on today, and let the future generations handle 2525.