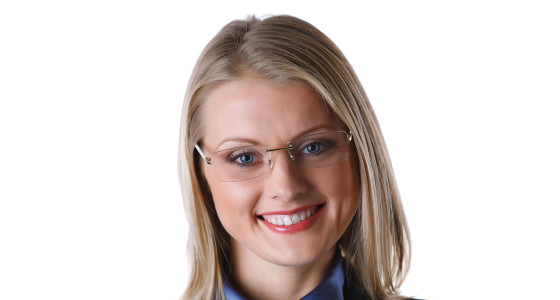 The Science of Smiling and Sales

“What makes you feel that way?” I asked.

“I don’t know,” she replied. “I guess it’s because the people never smile.”

The customer I was speaking with was one of many we were interviewing as part of research being done to improve cross-selling at the bank. Cross-selling is getting a customer who has a checking account to consider a savings account or a line of credit, etc.

Crossover sales were much lower at this branch than the other branches, and we were trying to find out why. Was it the service? Was it the time customers spent in line? Did they understand the offers? Were they good offers?

There were several problems that needed addressed, but one really stood out. Many customers commented on the “lack of friendliness” or “cold” atmosphere at this branch. The other branches didn’t have this problem.

When we observed the customer service people, we found they followed the customer contact “script,” but an actual smile from one of the branch employees was very rare.

It Starts At The Top

We also realized that this branch was where the bank president’s office was located. And although he was a pleasant guy in his mid-50s, he rarely cracked a smile. He had a dry sense of humor — and even when he joked, he just kind of smirked.

As they say, the “bad stuff” rolls downhill. And the president’s sober expression was reflected by his managers, cashiers, loan officers, and almost everyone who had contact with the customer.

Any attempt to cross-sell customers was usually met by a “No thank you, I want to get out of here” attitude. They didn’t want to spend a minute longer than they had to in that bank.

To his credit, once the bank president was confronted with the facts, he not only smiled more to his employees, he went out on the floor and smiled and joked with customers. He wasn’t much of a comedian, but customers appreciated his efforts. As the atmosphere warmed up and the smiles appeared more frequently, so did the cross-selling results.

The Science Is Simple

There are these little things called “mirror neurons” located in your brain’s frontal lobe. When someone smiles at you — and is genuinely happy to see you — your mirror neurons pick up on that good feeling and mirror it. So we usually smile too, and we actually get that warm feeling. We feel better. We feel happy.

My 18-month old grandson is the happiest child I’ve ever seen. The moment he opens his eyes and sees you — after a nap or even first thing in the morning — he smiles. And what do I do when that happens? I smile back, of course! It’s automatic. I don’t even think about it. In fact, he doesn’t even have to be anywhere near me to have that effect. All I have to do is picture my grandson’s smiling face, and I can’t help but smile.

Feelings follow actions. If you smile, you’ll feel happier. Try it right now. Go ahead. Smile while you’re reading this. If anyone sees you, they’ll probably smile too. I’m smiling as I’m writing this. Feels silly doesn’t it? And it feels kind of good, too.

Now that you’re smiling, go and sell something. You’ll find you can sell more when you smile more.

When I hear the growl of dual exhausts and the rumbling of a high-horsepower automobile engine idling, it does something to me I can’t explain. My heart races, my adrenaline starts pumping. I immediately look for the source of that sound. One night in 1994, I heard that sound. And …