Keep Your Eyes (and Your Marketing Message) on the Prize 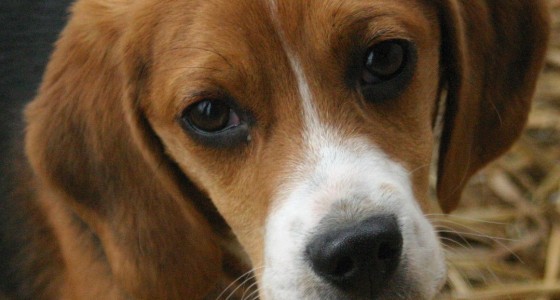 A few years ago, I heard Sam Rutigliano, the former head coach of the Cleveland Browns, use a story about his dog to explain why his Kardiac Kids were one of the most successful Browns teams ever — even though they didn’t have the most skilled players.

Coach Rutigliano told us: “My dog Blue spotted a rabbit in the yard one day. He took off after it. He was right on its tail. The rabbit ran through the neighborhood and other dogs caught a glimpse of the rabbit running by with Ol’ Blue in hot pursuit.

“As other dogs saw the rabbit, they got excited and joined the chase. Blue was in the front but soon there were 10 or 15 dogs chasing that rabbit. The chase continued and one by one, the other dogs started dropping out of the chase.

“Soon it was just Blue chasing the rabbit again, and it wasn’t long before he caught him.”

According to Sam, Blue was the oldest dog of the bunch, and certainly not the fastest or best hunter. So why did the other dogs lose heart and drop out of the chase? More importantly, why did this old dog catch him?

Sam said it was because he was the only dog who saw the rabbit throughout the whole chase.

The other dogs caught a brief glimpse of the rabbit and joined the chase. But after a while, they forgot why they were running and just stopped. They had to no reason to continue.

Sam’s dog Blue, however, was constantly motivated by the sight of that rabbit. The rabbit was his reward and the sight of it kept him focused and passionate. Rutigliano says the 1980 Browns team was the same way. They kept their goal constantly in sight and on their minds. It kept them focused on their core mission.

Keep Your Eyes On The Prize

Why does your organization do the work it does? Why do you do your job?

We teach and encourage our clients to hold regular “Brand Camps.” In these sessions, they review their core purpose and the rewards of their work. Those rewards might even be more for the people they serve than themselves — but it’s important to keep that reward, purpose and mission in sight.

Make Sure Your Customers See It Too

To grow and sustain growth, your marketing should keep the rabbit (the prize, the reward, the purpose for doing business with you) very visible for the customer and prospect. The benefits of catching the rabbit (buying your product or service) should be clear and seen often in order to keep customers motivated.

Too Many Goals Block The View

And make sure it’s the key benefit or reward that is visible most often. When you try to stick multiple key benefits into one advertisement, you confuse the customer. Which rabbit are they supposed to follow?

Keep it simple. Keep the energy level up. Keep your eyes on the prize and the prize visible. You will be rewarded with better response to all marketing efforts.

Keep The Rabbit In Sight For All

Make sure your purpose, your passion and what your do best is clear to your board, staff, customers and the community. If it is a credible goal and an honest mission, it will be welcome and accepted by all. That’s why it’s important to hang your theme, your mission and goal up on banners in the lunch room. Put it on T-shirts, on giveaways. Keep it in sight everywhere.

Which dog catches the rabbit? The first dog — the one that can see the reward…the rabbit. Make sure you always keep the rabbit in sight for you and your customers.

“Papa! Papaaaa!” pleads my two-year-old grandson Nico. He’s standing on the edge of the pool. I’m in the pool, treading water. He’s getting ready to jump in but he wants me to climb out of the pool and jump with him — as we’ve already done 23 times in the last 24 …