Did The Marketing Grinch Steal Christmas? 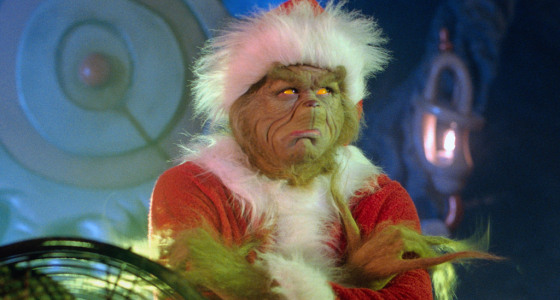 Every Consumer in ConsumerVille liked Christmas a lot,

But it was rumored that Marketing — simply did NOT!

They said what Marketing was doing was just not right.
It had a grip on Consumers that was much too tight.

And Leaders did not have just one complaint or two,
They had many examples — here are a few:

How wrong it seems to see that holiday display
When, heck, we just got past Labor Day.

We see Christmas decorations right after Halloween.
When there used to be a month or more in between.

When everyone is thinking about the rush to the store,
Lining up early to be first in the door.

Early-bird crowds are ready to push and fight,
And taking a punch for a video game…it doesn’t seem right.

Notifications on your iPhone start to pop pop pop.
Yes, they’re annoying…but you don’t want them to stop.

Oh yeah, Social Media has now joined the mix,
And Wall Street is hoping it gives retailers the fix.

But TV is still the favorite in ConsumerVille.
For selling the most stuff — it’s king of the hill.

TV ads were very popular and are popular still.
Every retailer loves them until they get the bill.

How about the flyers? Too many to read.
Falling out of my newspaper — is this something I need?

Hey, this sale is on Black Friday only.
Imagine the crowd — you’ll never be lonely.

Want to catch all the sales? Better pick up the pace!
Are the sales better here or in another place?

Yes, Marketing can seem like a Grinch, we know.
But that doesn’t necessarily make it so.

Can you really say Marketing ruined Christmas at all?
Or were Consumerville Leaders just thinking too small?

Remember Marketing at Christmas has an upside, too.
Your friends like bargains, and so do you.

Is Marketing forcing you to spend and buy?
Like it’s the devil saying, “Come on…give it a try”?

Don’t you like when retailers compete for you? (I do.)
It gives you more choices — not just one or two.

And the early Christmas sales allow you to say,
“I’ll take the good prices and put it in layaway.”

Marketing at Christmas generates lots of taxes.
It fills factories with orders and never relaxes.

Remember many folks rely on this holiday work.
Treat them with respect, don’t act like a jerk

I’ll say it right now: the Leaders were wrong.
Marketing at Christmas keeps the economy strong.

And family values are really something that depends
On how much time together the family spends.

Maybe they sit together at the table,
And then they all go to the store when they are able.

Marketing at Christmas isn’t perfect, no it’s not.
But is this really such a bad situation we’ve got?

At the end of the day, you are happy to be
Heading home with stuff you saw advertised on TV.

Marketing isn’t really so bad after all.
It’s just one way to wish Merry Christmas to all!