Super Bowl Advertising – All About That Base 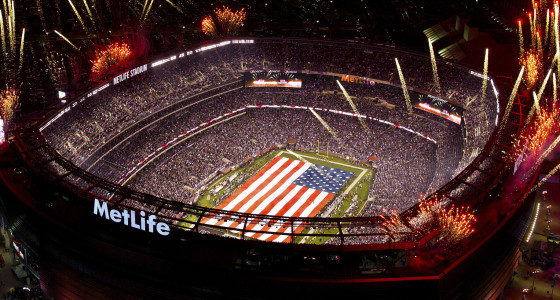 What was the best TV commercial during Super Bowl XLIX? What was the worst? Depending on who you ask and what criteria you use to judge the spots, the opinions differ quite a bit. So sometimes it helps to look at the overriding themes.

One theme you might have noticed is that many of the spots were all about that base — the customer base. The Mega Brands seemed to be reinforcing their relationships with existing customers, and reminding fans that their decision to remain loyal to their brand is well-founded.

Some advertisers aggressively went after new customers. Weight Watchers’ “All You Could Eat” spot was one that did a good job at it. 90% of the spot was really compelling, with over-the-top images of food and eating and ads for the same. The last few seconds had a strong call to action and even a price incentive.

But for the most part, the Super Bowl provides a canvas for the fat cats to spend millions producing and airing spots designed to create good feelings about their brands. The “Best Buds” spot, which was basically a remake of last year’s Budweiser spot, never mentioned or showed the actual product — beer. Instead, we were shown one minute of a lost puppy and the brave horses who saved him.

Awww! Isn’t that sweet? The single handsome man wearing the Budweiser hat was so happy to get him back — as you could clearly see when he hugged the puppy and the puppy licked his face.

The spot was so contrived it almost made me lose the pizza and wings I had been gorging on. But in the USA Today poll, the ad scored number one with viewers. Let’s face it — people love dogs and horses. And if their brand of beer likes dogs and horses, then they must have chosen the right brand, right?

Although there were no product shots in that spot, Budweiser went the other direction with its “Brewed the Hard Way” spot. It was beer and brewing and blue-collar and flag waving all the way. Proudly taking the position as a “Macro-brewer,” Bud skewered craft beer drinkers. “Let them drink their Pumpkin Peach Ale” the ad proclaimed. “Our beer is for people who like to drink beer.”

That ad riled up craft beer drinkers. Their blogs attacked it the next day. Someone sent me one of them. But it was brilliant thinking by Bud. (Bud owns several craft beer operations, by the way.) As I told one of the upset craft beer people, Bud knows craft beers and mass-market beers have widely different customer bases. They don’t cross over.

Craft beer drinkers consider the big brands as inferior. And the drinkers of mass-market beers can’t afford or don’t see the value in spending seven dollars for a beer.

Other brands also stuck to making nice with their base of supporters. Coke’s “Make It Happy” spot was certainly in that vein, and it was pretty cool from a visual standpoint.

McDonald’s “Pay with Lovin’” was meant to bring some innocence and charm back to an industry giant’s image. Is it practical? No. Will it actually be used for very long? Unlikely. Still, it was fun to watch.

Regardless of which TV ads you thought were the best or worst, think about how good the agencies, the advertisers, the NFL and the networks have become at marketing. Consider that half the chatter about this huge football game is about the advertising within it. Interesting, isn’t it?

Yes, this is the only marketing plan you’ll ever need — and if it seems simple, that’s because it is. But even though it’s simple, it’s not easy. In fact, this plan is a real challenge. And remember, this just the bones; you have to add the meat. If you’re …