Consumers Are Still Crazy About Coupons 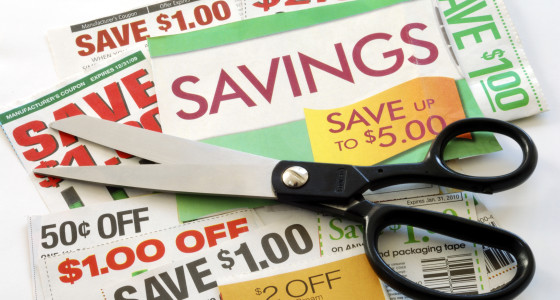 It was a $5 drill bit. I ran in into Sears, grabbed the drill bit and handed the clerk my cash. I didn’t even want a bag. I wanted to grab my receipt and run. But I had to wait while the register spewed out a half-dozen pieces of paper. Yes, one was my receipt — but the five others were coupons.

If you haven’t had that experience at Sears, I’m sure you’ve had it at Walgreens or one of the many other retailers who have apparently forgone all concerns about recycling and are handing out two or three trees-worth of paper receipt coupons with every purchase.

That’s because coupons still rule in retail. Paper coupons are still very big — but coupon use from digital and social media has skyrocketed.

Some high-tech marketers scoff at the notion that something that’s been around as long as the coupon could still be relevant today. That was the thinking of former Apple executive Ron Johnson, who was hired as CEO at JCPenney in 2011.

In 2012 Johnson discontinued Penney’s weekly sales and coupons. He thought consumers would want a more “honest” approach, like “everyday low prices.” But he didn’t understand that consumers are still crazy about coupons. Sales at JCP dropped 25% in 2012 — and Johnson was fired.

There is a human element to coupon use. Consumers say they “feel smarter” when they use coupons. Coupons are fun. Using them seems to raise adrenaline. In fact, an endorphin release may be triggered by seeing a product on sale and then realizing your coupon gets you an extra 20% off.

If you compared prices on all products in a store, you would probably save more if the store had lower everyday prices. But consumers only want discounts on the products they are interested in, not everything in the store. So a sale and discount coupon on their favorites is what matters to them. Retailers can raise prices on everything else, as far as they’re concerned.

Coupon use is still big and getting bigger. According to the Performance Marketing Association, 79.8% of consumers regularly shopped with coupons in 2012, and 2.9 billion coupons were redeemed.

Approximately 25 million Americans use mobile coupon apps each month.  And mobile coupons are 10 times more likely to be redeemed than traditional coupons. 39% of smartphone owners use their devices to redeem mobile coupons in-store, as do 10% of tablet users.

You would expect low-income or frugal people to use coupons heavily, right? But in fact, households earning over $100,000 annually are twice as likely to coupon as families who make under $35,000 annually.

If you still think most coupon users have blue hair, you’re way off. More than 90% of Millennials (generally considered those born between 1980 and 2000) say they use coupons to plan their shopping lists. With mobile and internet coupons gaining even more popularity, discounted prices are a hot hobby across all ages and incomes, especially folks in their 20s and 30s.

If you’re in a retail business, take a hard look at coupons instead of just low prices. Clearly, consumers are still crazy about coupons.

Every website needs a facelift from time to time; subtle additions to the site or its features should be done on a regular basis. But at some point your website will need more drastic changes — a redesign or revamp. Maybe you sense you’ve squeezed as many miles out of …