You Are a Hero…a Marketing Hero 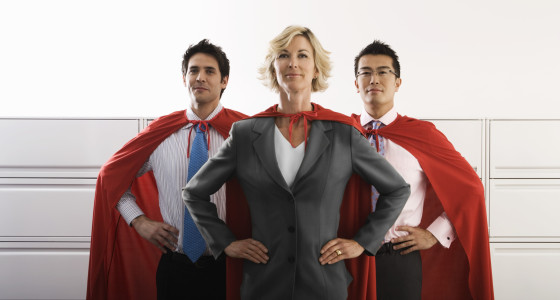 A cute little puppy named Cheddar shuffles down the beach in Ft. Lauderdale, Florida. He’s sniffing and investigating all the sights and sounds. He stops and looks out into the water and sees seagulls swooping down and plucking their fish dinners out of the ocean.

Cheddar is just three weeks old, but decides that he’d like to play with those seagulls. So he starts a baby doggie paddle towards the action. Soon, the mild tide pulls him out. And with each in and out movement of the waves, he moves a little further out. Ten, twenty, fifty yards.

Suddenly, an 11-year old girl shrieks “Cheddar!” She’s spotted the curly head of her little puppy bobbing above the water 100 yards or so from shore. She starts crying hysterically.

Meanwhile, Jim Johnson, a firefighter from Athens, Georgia who is vacationing with his wife and three kids, sees the drama unfold. He runs to the water, dives in and swims toward Cheddar. At 150 yards out, he reaches the pup, and the exhausted Cheddar gladly goes to him.

Back on shore, a cheer goes up from the crowd that’s gathered. Several people are using smart phones to take photos and videos, and they tweet them out to the rest of the world.

By the time Jim gets back to the shore and reunites the puppy with its owner, a TV news crew, which had just covered a mall opening across the street, is on the beach too.

The enthusiastic TV reporter, Jessie Jenkins, is thrilled to have an exclusive. She asks, “Jim that was amazing! Do you consider yourself a hero?” Jim says, “I’m not a hero…I just did what anyone else would do.”

Once, just once, wouldn’t you like to hear someone say, “Why YES, Jessie…I AM a hero. Would you swim out 150 yards into the ocean just to save a puppy?”

If you rescue a puppy, everyone calls you a hero.  But there’s another group of people who could be considered heroes from time to time — people who work in marketing.

Yes…you, me and 300,000 others that call themselves marketers — whether they work in the marketing department of an organization or at a marketing agency.

According to Wiki, a hero is a person who, in the face of adversity, displays courage, bravery or self-sacrifice in an effort to achieve some greater good. That’s a perfect job description for most marketing people I know.

Marketing work is constantly undervalued and misunderstood. If you work in marketing or handle the marketing for your own organization, you know what I mean.

How many times have you worked 100 hours on a marketing project, only to have some bean-counting executive or bureaucrat ask “Should we really be spending money on this?”

How about when the CEO decides to bring in a few people from around the office to judge your hard work. Of course, half of them feel obligated to try to point out some kind of negative, whether one exists or not. Doesn’t it take superhero strength just to keep from screaming, “I’m the expert, remember?”

How many times have you had to explain the basics of and benefits of marketing to the organization’s board members? Or, patiently and politely listened to the ideas of Joe in HR, because he “took a marketing class in college.”

Our ideas are judged by all. When sales increase, partners and sponsors start coming on board and other positives start lining up, marketing is seldom credited. But should something go bad, you face the scorn and the budget ax.

So why do we do it? It’s probably because we enjoy solving problems and making ideas come to life — ideas that improve sales, public opinion, donations and growth. And…we’re good at it.

So the next time you see a TV reporter, grab that microphone and tell her the truth… “Why YES, Jessie — I AM a hero — a marketing hero.

Mind Trick 1: Say your brand name or tag line a different way in order to stand out. “Zoom, zoom,” whispers the little kid, and a snappy little Caribbean-flavored jingle kicks in. It’s the 2003 commercial that launched Mazda’s repositioning back to its roots as a sports car. The whispered “Zoom Zoom” …