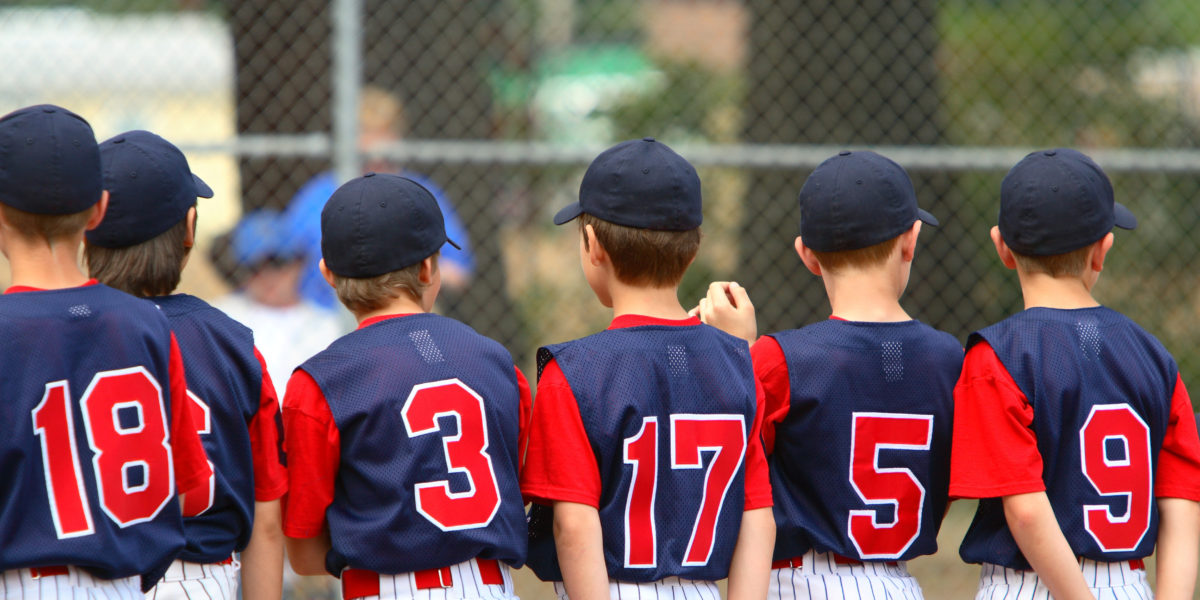 The temperature is a perfect 73 degrees on this early summer evening in northeast Ohio. A gentle wind meanders across the bright green turf of the youth baseball fields in Boardman’s Field of Dreams facility. Seven or eight games are being played simultaneously, and hundreds of parents and siblings of the young players are relaxing, laughing, cheering, hot dog eating and chatting with friends.

A cheer goes up on field M2 — Team Remax has a rally going!  Nico, who plays for Remax, just turned six. Everyone in his family is watching closely as he comes up to bat. Everyone, that is, except his 4-year old sister Ava. Ava is sitting in a red canvas fold-up chair. Her friends — Brooklyn, age 6 and her sister Savanna, age 4 — have squeezed into the chair with her, one on each side. They aren’t watching the game. They’re watching a YouTube video on the screen of an iPhone 7 Plus.

The video that captured the attention of Ava and her friends features two little girls named Naiah and Elli. They are not professional actors. Nothing is scripted. Their mom shoots their videos with an iPhone or small camera. Naiah and Elli just play, open up new toys, go the store, bake with mom and play silly games.

But their YouTube channel, Naiah and Elli Toys Show, has almost a million subscribers.

One video in their playlist was titled Bad Baby Bloopers Crybaby Mommy Toy Freaks Family Out Bad Baby in Real Life. It had almost seven million views, so I figured it would be amazing and I clicked “play.” After 15 seconds, I was able to skip past a two-minute Clinique commercial. Then I watched a 12-minute video of a trip to Walmart. Naiah and Elli try various toys as they banter with mom. Then, they check out and leave.

What kind of budget is required for a show with seven million viewers?

It probably cost under $100 to make that video, including the cost of the items they purchased at Walmart. A network TV show episode can cost up to a million dollars, depending on salaries of the cast and crew.

Why would kids watch that kind of video?

Because watching other kids do stuff is interesting to them. Imagine how boring it is for kids to watch adults talk to each other — the content of 90% of TV shows.

Why is viewership of YouTube and similar sites increasing?

Because the sites are mobile and more accessible than ever, and the content is getting better and easy to make — plus, it’s a great babysitter. Pull up to next to any late-model SUV with car seats. Chances are one or more of the kids will have an iPad or Kindle in their hands.

Will online viewing ever beat TV?

Marketers, if you want to see the future of your media buys, start checking what kids are watching. Note the devices and channels they use. As they get older, their viewing habits won’t stray far. In ten years, don’t be surprised if you’re placing ads on YouTube shows like Naiah and Elli — The Teen Years.

It’s hard to be smart. It stretches the brain — and that hurts. Sometimes, it’s best to use someone else’s brain and just look smart. (I’m good at that.) Luckily, I’ve discovered that pretty much all marketing knowledge can be found in just 30 quotes— which I have provided here …