How Halloween Became a Marketing Monster 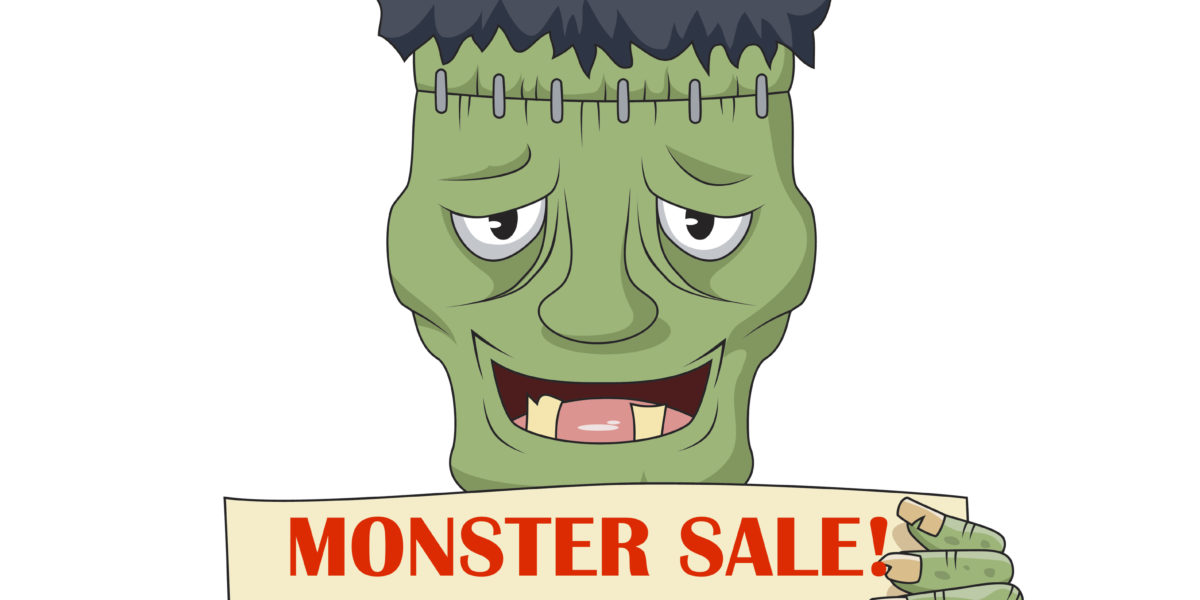 Ok marketers, try this little one-question survey on your friends and their children:

What kind of person traveled from town-to-town, usually riding in railroad box cars, working for short periods of time, but always moving on, because he loves adventure and the journey?

What was the most popular homemade Halloween costume of the 1960’s and 70’s?

No one under 30 will answer either question correctly or I’ll eat a hobo’s tattered hat and half-chewed plastic cigar — both key accessories for the hobo costume. I would estimate that 25-30% of kids in the 60’s and 70’s eventually wore a hobo costume. It was convenient and easy-to-make, and besides, who could afford $3.99 for a costume every year? To dress as a hobo, all you needed was an oversized plaid shirt, your father’s derby from his dating days and that black waxy “make up” to create your beard.

Want to be creative?

Add a pair of torn blue workers’ pants and a 15-cent plastic cigar.

Want to be deceptive?

Put a pillow under your plaid shirt and stuff one down the butt of the work pants… Voilà! You’re now an obese hobo.

Unlike homemade creations, when it comes to purchased costumes, there is plenty of data on what was popular… According to PopSugar.com, the top-selling costumes for the 60’s were Dennis the Menace, Catwoman, The Flintstones, StarTrek and Cleopatra. In the 70’s, the best sellers were Devil, Casper the Friendly Ghost, The Wizard of Oz, Peanuts and The Planet of the Apes.

While costume popularity is interesting, to us marketing types, the most impressive aspect of Halloween is consumer spending.  Retail sales for Halloween have almost doubled in the last decade. According to USA Today, the National Retail Federation (NRF) predicts Halloween spending will hit a record $9.1 billion in 2017 — surpassing the $8.4 billion record set last year.

According to Statista, major components of 2016 Halloween sales were:

There is also plenty of food and drink sold on Halloween. According to the Orlando Sentinel, a recent study from Under Armour’s MyFitnessPal app revealed that Super Bowl Sunday has been unseated as the “biggest pizza day of the year” by Halloween. Approximately the same amount of beer is sold on both days.

What can we learn from this? Remember, the key to your success as a marketer is to understand the culture and people in your market and the situations and dynamics they encounter.

So to understand why Halloween almost DOUBLED in retail sales from 2006 to 2016 we need to ask what changed in the market? Most industry experts, including me, believe a key factor in the big increase is that ADULTS are now participating so heavily. According to DDB Worldwide, 13% of Americans ages 18-44 say Halloween is their favorite holiday.

NRF and BIGInsight say that many companies allow or encourage, employees to wear costumes to work.

What kind of costumes do adults wear? This year, NRF estimates say:

Halloween is popular with adults because there’s no stress to it. No travel. No gift giving. You can party and be silly. And if you’re a good marketer, there will probably be an opportunity to sell more of your product or service.

Then you can relax, grab your plaid shirt, plastic cigar and tattered hat and really enjoy Halloween.

With the notable exception of Double Stuf Oreos, the middle is the worst part of most things. Consider the middle of your body — your waist — which acts like a billboard advertising “This person has not done a sit-up since high school.” How about the middle seat on an …