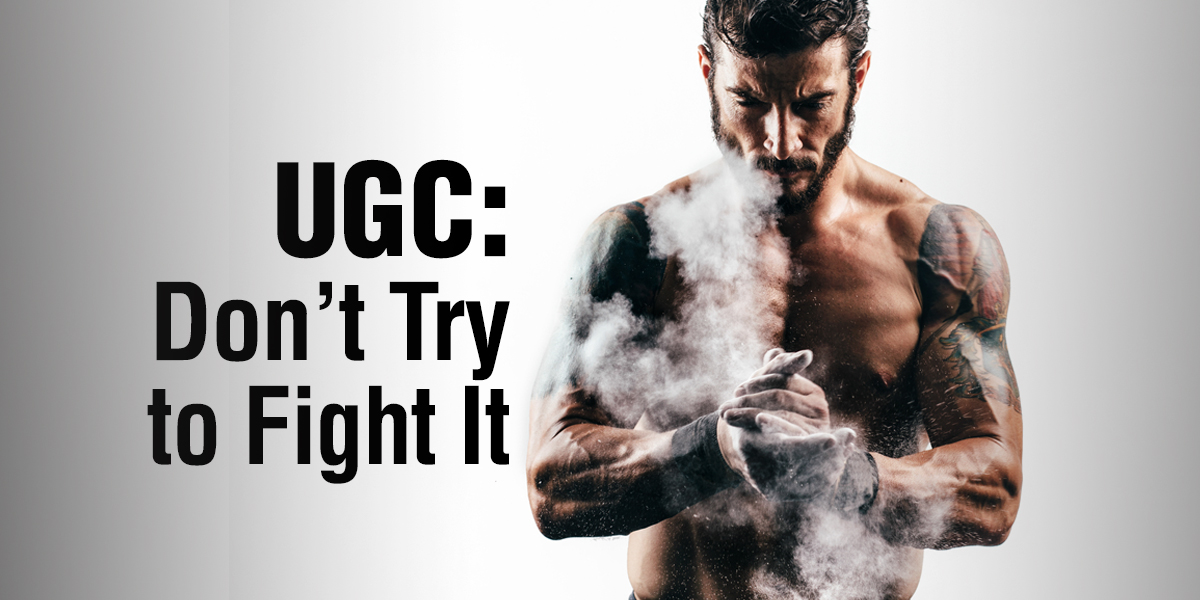 Most people would describe Jerry Cortez as a pretty tough guy. Now a successful entrepreneur, he paid for part of his college tuition by fighting in “smokers” — non-sanctioned boxing matches. Jerry is not scared by much.

Yet, halfway through my presentation, Jerry started sweating, his pulse increased and his breathing became more rapid. Jerry was experiencing fear — a chain reaction in the brain that starts with a stressful stimulus and ends with the release of chemicals that cause what’s known as the fight-or-flight response. Jerry started looking at the door, so I am guessing that “flight” was his initial plan for dealing with my presentation.

So, what was I presenting that was so frightful? Did North Korea launched a missile and the first place it hit was his distribution center? No. Did the Russians hack his computers and steal his customers? No.  I was recommending a User-Generated Content campaign. The thought of giving consumers more input and influence on his company image terrified Jerry — until he got the full picture.

User-generated content (UGC), alternatively known as user-created content or consumer-generated content, is any form of content created by users of a product, system or service and made public. Consumers post everything from comprehensive reviews to pictures of the products they’ve bought or plan to buy. And UGC can be used across multiple platforms: Websites, social media, print, brick and mortar locations, product packaging.

Why so popular? First of all, according to Ipsos MediaCT research, USG is 35% more memorable than other media and 50% more trusted.  Millennials are spending 30% of their media time (5 hours/day) engaged with UGC. According to Bazaar Voice, 64% of millennials and 53% of baby boomers want more options to share their opinions about brands, while other studies show consumers trust user generated content more than all other forms of media.

Consumer reviews are probably the most popular type of USG — and probably the type most feared by guys like Jerry.  But there are plenty of proactive ways to use it also. The national brands have learned to do it well.

Starbucks launched White Cup Contest in April 2014. Customers were asked to doodle on their Starbucks cups and submit pictures as entries. In three weeks, thousands of customers submitted entries and generated a lot of positive publicity. In 2010, Target created a college acceptance letter competition. Customers were asked to submit videos of themselves opening their college acceptance letters. The best videos were used in a new commercial, which helped Target draw attention to its campaign in which $500 million was donated to education.

You’ve no doubt seen the “Share the Coke” campaign, in which Coke bottles with customers’ names on the labels were handed out throughout different cities. Customers were then asked to share the pictures of their personalized Coke bottle on Twitter and other social media platforms. The campaign was credited with increasing U.S. sales of Coke by two percent at a time when revenues had been declining for over a decade.

It’s not hard to start a UGC effort. Start with your website. Make sure it provides more than just a limited-character comment box and/or star rating. The more “expressive” consumers can be, the better. Allow for photos, videos, “stories” from consumers.  Offer a prize to encourage participation. Reward those who present your products or services in a positive light.  Later, try a campaign that is even more engaging.

Try it. You can handle UGC — even if you’re not a tough guy.

There’s a house in Boardman, Ohio with a dual personality. Most of the time, it’s a family home. The family includes Colleen Thomas, her husband William, and their six children: Katie, age 16; William Jr., 7; Brooklyn, 6; Savannah, 4; Alexandria, 2; and one-year old Madison. Oh… they also have …