Brand Loyalty and Affinity: How Early Can it Start? 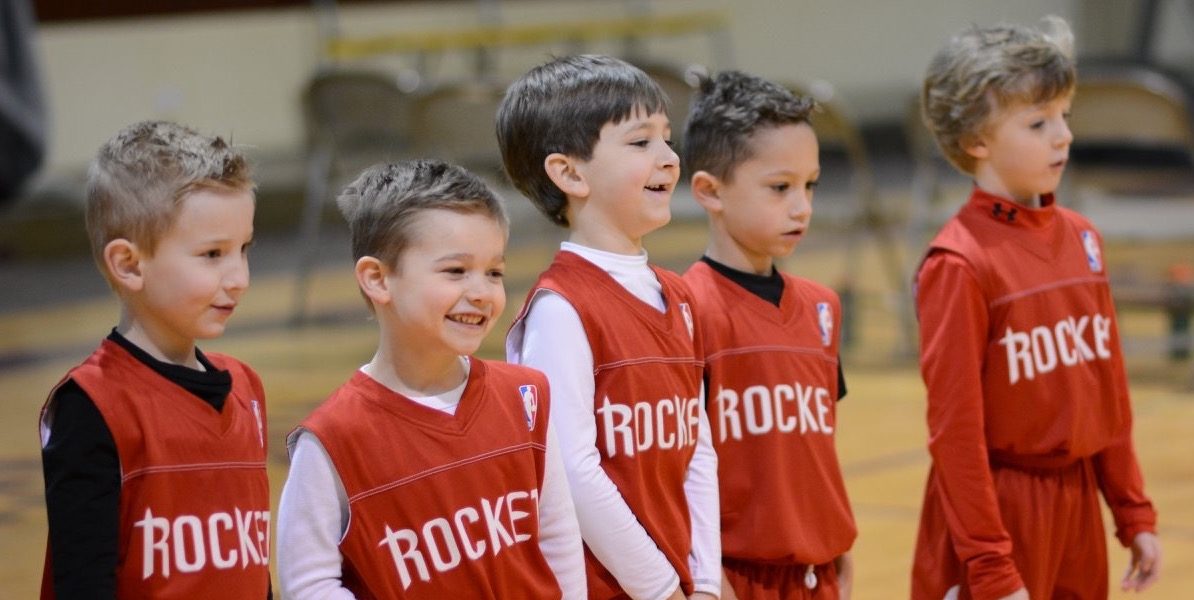 This wasn’t an ordinary basketball game. The Rockets and Cavs were both undefeated and playing for the lead in the league standings.

The fans were excited and vocal as they watched their favorite players jog onto the court. Each player wore the uniform, colors and logos of their respective team. But every player had the same NBA logo on his uniform.

I should mention this game was not being played at Quicken Loans Arena. It was being played in a former elementary school in Greenford, Ohio.

Oh yeah…we weren’t watching NBA players either — we were watching my grandson’s team of 6-7 year olds (the Rockets) playing in a youth league. Yet just like the pros, they wore official, albeit smaller, NBA-approved uniforms.

I thought back to the youth basketball league of my childhood. The uniforms were gym shorts (any color) and T-shirts (usually white). Teams were identified as “shirts” or “skins.” Your team either wore t-shirts or went topless.

My grandson — who told me his favorite things are basketball, Legos, baseball, art and music (in that order) — has worn pro or college team uniforms for every team he’s been on since he was three years old.

What makes us dress our children in pro and college athletic gear? What makes Steelers fans buy “Terrible Towels” and cover their newborns with them for a photo? What makes Apple customers stand in line for hours to get the latest iPhone? What makes Harley Davidson owners get tattoos of the Harley logo on their arms?

The answer is Brand Loyalty, and Brand Affinity.

What’s the difference between Brand Loyalty and Brand Affinity? In very simple terms, when your customers continually buy your product or service, it’s Brand Loyalty. This lowers your customer acquisition costs.

When customers form a strong emotional bond with your company or product — it’s Brand Affinity. These customers will advocate for you. Sometimes they pass on that affinity to their families and friends.

Harley Davidson is a great example of customers with both Brand Loyalty and Brand Affinity. Harley is not the best-performing motorcycle in the world. But no motorcycle brand has inspired such loyalty and affinity.

Being in the Harley Owner Group (HOG) is a title worn with pride. Fellow Harley owners are “brothers and sisters.” When a group member dies, a fellow member escorts the funeral procession to the cemetery.

According to marketing and branding expert Shiv Pandey, Harley buyers believe “they are not just riding a bike, they are making a statement.”

There are four attributes that inspire loyalty and affinity among HOGs —

1. Belongingness: everyone riding a HD is a brother

3. Mythology: Harley owners are part of that myth

In future columns, I’ll explain how to build Brand Loyalty and Brand Affinity. Both require an investment of time and/or money. But as you can see, the both can start showing up as early as birth.

Meanwhile, if you want to experience some miniature “NBA-ish”action, stop by the abandoned elementary school in Greenford next Saturday. I’ll save you a seat, but you’ll have to cheer for the Rockets.

Have you ever tried to cancel satellite TV or radio? I canceled my satellite TV service recently and I can tell you… it’s a real challenge. If you try to end your service, you’re in for a long conversation during which you have to alternately defend your position and turn …