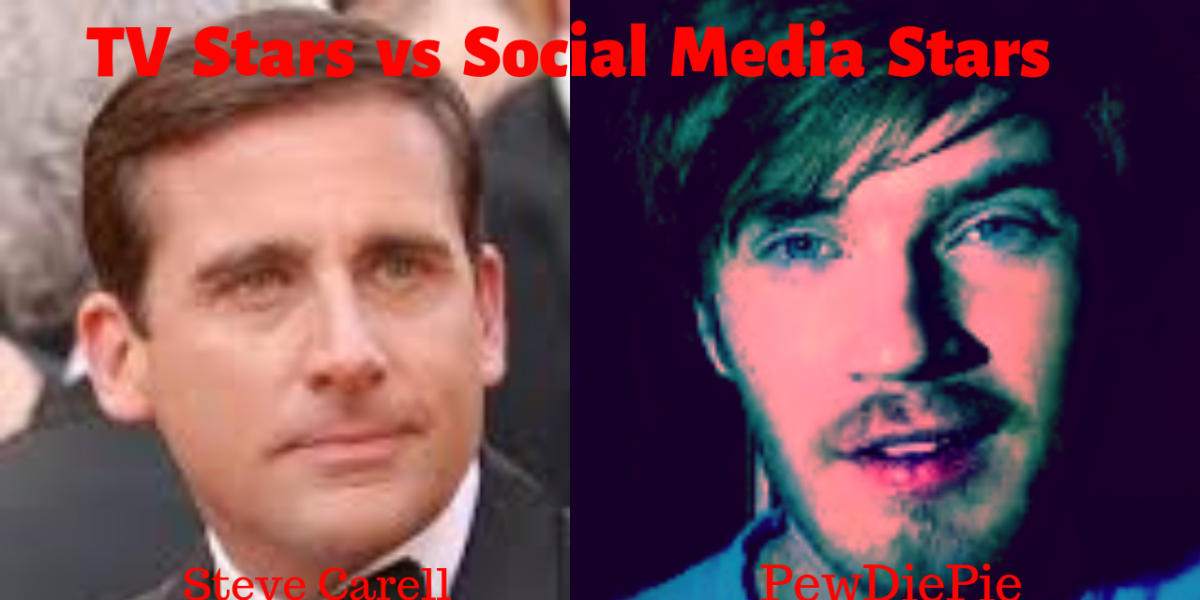 Michael Scott, sales manager of the Scranton, PA office of paper seller Dunder Mifflin, wanted people to know he was not perfect. “Guess what, I have flaws,” said Scott. “What are they? Oh, I don’t know. I sing in the shower. Sometimes I spend too much time volunteering. Occasionally I’ll hit somebody with my car. So, sue me.”

Steve Carell played Michael Scott on The Office, the hit TV show that ran from 2005-2013. Carell’s career soon expanded into a movie career with hits like The 40-year Old Virgin, Date Night, Get Smart and more.

Jason Alexander played George Costanza on Seinfeld, a hit TV show that ran from 1989-1998. Alexander, Jerry Seinfeld, Julia Louis-Dreyfus and Michael Richards were making $1 million per episode when they called it quits.

Who are your favorite TV stars?

My personal favorites include Lucille Ball (I Love Lucy), Betty White (Golden Girls), Hugh Laurie (House), or Michael J. Fox (Family Ties). There’s also Youngstown’s own Ed O’Neill — who starred in Married…with Children (1986-1997), for which he was nominated for two Golden Globes. (He currently stars as Jay Pritchett on the award-winning ABC sitcom Modern Family — now in its 10th season.)

It’s no surprise that stars of TV shows became rich and famous. But social media is making its stars even richer, and doing it faster: the viewership seems to justify it. As Mediakix.com reported:

Together, the 25 biggest social media stars maintain close to one billion followers.

…has established credibility in a specific industry and has access to a large audience. Influencers can persuade others by virtue of their authenticity and reach.

Some of the top influencers were already famous when they began their social media efforts. But many built their fame online. Some influencers have a presence across three or four platforms like YouTube, Instagram, Twitter and Facebook.  Some have their own businesses and products, some collect ad revenue and many are paid to promote specific products.

Subjects range from lifestyle to business, from beauty to politics. Children and family content are a very big category too — especially on YouTube. My seven-year-old grandson follows the KidCity YouTube channel. KidCity has over one million followers who watch the KidCity family— a real-life dad, mom and two kids play games, perform funny skits and unbox the latest toys.

Comedy is among the top adult categories

Felix Kjellberg, better known as PewDiePie, has a subscriber base of 70 million and is the most followed YouTuber of all time. He also entertains enormous audiences on Instagram, Facebook and Twitter, reaching a total of nearly 100 million followers across the four platforms.

Fashion and Beauty are also popular

Zoe Sugg (aka Zoella) is a fashion and beauty blogger from England. At the young age of 19, Sugg started a fashion blog that turned into a YouTube channel. She has since garnered nearly 40 million fans across her social channels.

When it comes to audience, social media stars may be even bigger than TV stars. And to quote Michael Scott

That’s what she said.

Is your marketing achieving decent results but getting messy and unfocused? One month you’re trying to get more sales for a specific product or service line. Next month you’re trying create awareness of the CEO’s new initiative. It seems that every department or division head is clamoring for more attention …