Is Marketing Really a Form of Mind Control? 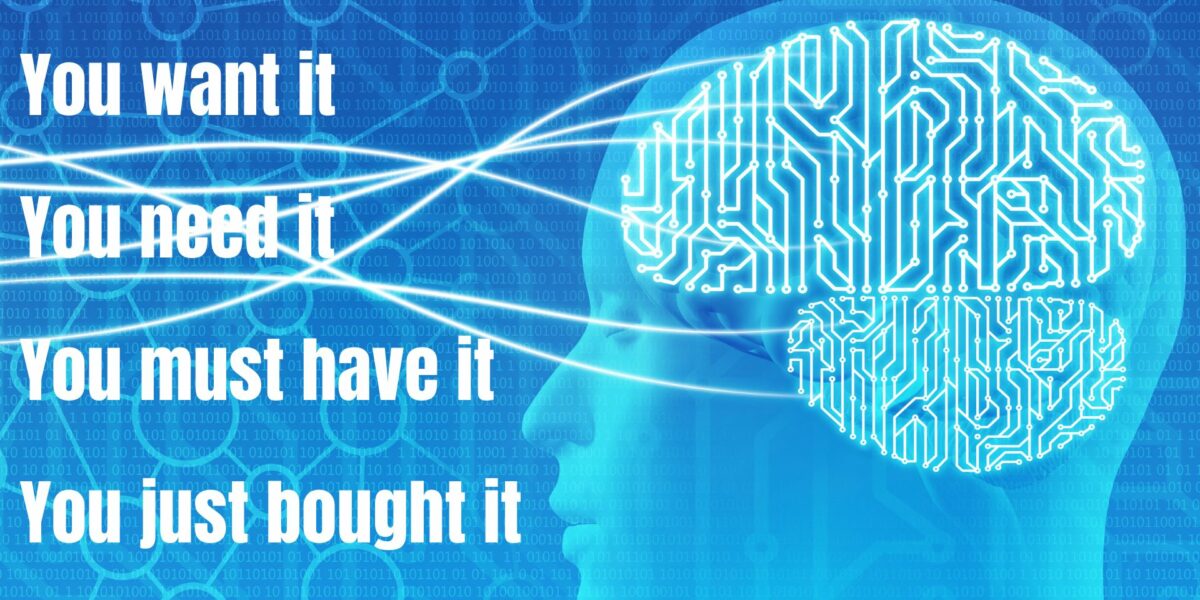 The 1962 movie The Manchurian Candidate is a psychological political thriller about the Cold War and sleeper agents. The plot centers on Raymond Shaw, a U.S. soldier in the Korean War who is captured and brainwashed by communists. He is released and returns to civilian life in the United States.

All seems fine, until Shaw plays a game of solitaire — which activates his brainwashing. When he comes across the queen of hearts during the game, his programming directs him to assassinate the presidential nominee in an attempt to overthrow the U.S. government.

Some critics liken advertising to brainwashing or at least some form of mind control.  I seriously doubt you would carry out an assassination, but you might be tempted to shoot yourself after you hear Samuel L. Jackson ask, “What’s in your wallet?” for the five millionth time.

Certain consumer advocates claim advertising makes us buy things against our better judgement. Do they mean I shouldn’t drive through Taco Bell at 11pm for a Beefy Burrito? They’re worrying for no reason — with labor shortage, my local Taco Bell closes at 8pm anyway.

Some advertisers agree with the advocates.  “Advertising should not be abolished. But it must be reformed.” said advertising legend David Ogilvy.  Ogilvy’s clients included Campbell Soup, American Express and Shell gasoline.

One of Ogilvy’s tv ads claimed cars got better milage with Shell because it contained “platformate.”  Although not specifically stating that, the ad gave you the impression platformate was found only in Shell. In fact, every gasoline on the market contained platformate.

MOST ADS ARE HONEST

You’ve probably heard the claim that ads unfairly prompt viewers to make unnecessary purchases. In fact, ads do influence 90% of consumers to make a purchase. (Clutch.co)  And ads can interest you in stuff you don’t need — but they can’t make you buy something you don’t want.

The most consistently aggravating, if not deceptive, advertising is “clickbait.”  Clickbait uses content presented as news pared with a headlines like: “27 Reasons Why Celebrities Love THIS Product,” or “10 Things You Need to Do Before Buying a House.”

While the the entire list will eventually be revealed, the pages are saturated with display ads in minefield fashion. It’s easy to click one of those interior ads instead of the “Next Page” button and then good luck finding your way back to the content.

Why do advertisers use this type of marketing?  The same reason magazines use those aggravating subscription insert cards that litter your lap — they work.

YOUR JOB IS SELLING

Marketing professionals must convince prospects to get more information about, buy or at least try a product or service or continue to buy it.  We alert, attract (allure?) prospects. But we don’t have to lie or deceive.

You can get more customers and maximize growth by taking other, proven paths.   Create branding that’s consistent across all marketing channels. Use messaging that clearly identifies your unique but important offering.

Strengthen your brand. Make sure it connects with your purpose and your purpose connects with consumers needs and wants. Be the solution to a problem, not just another choice. Approach all ads, social media and messaging from the customer’s viewpoint. Use the word “you” ten times more than the word “we.”

And then, if none of the above suggestions work, I suggest you relax with a little game of solitaire.  When you get to the queen of hearts, you’ll receive further instructions.   ##

If you watch Christmas movies this time of year, you’re not alone.  A survey of American households by Statista.com says 60 percent of respondents watched at least one Christmas film with family during the holidays. According to YouGov.com, the most popular Christmas movies are Home Alone, It’s a Wonderful Life,  …