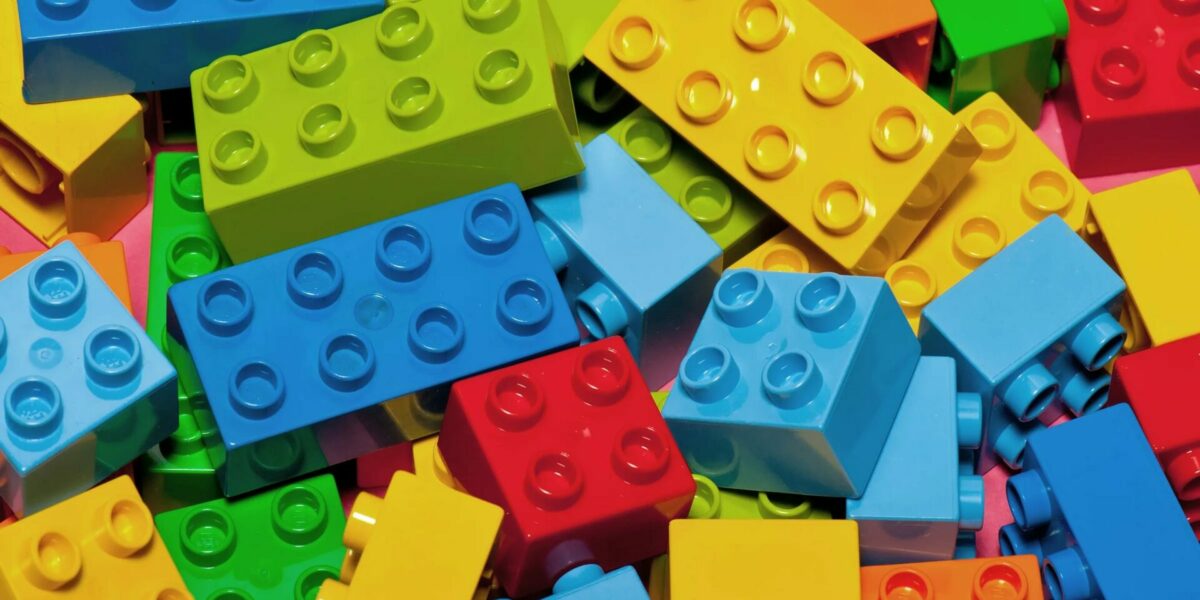 Who the #1 toy manufacturer in the world?

Take a guess. Is it Xbox? Meta (aka Facebook) — makers of the Occulus Quest Virtual Reality headsets and games? It has to be a company that makes something electronic or high-tech — like drones, right?

The #1 toy company in terms of sales and profit sells a product that has no software, is not powered by battery, electric, solar or any power source. Their product is not electronic. It doesn’t think, talk or reply to verbal commands. In fact, it still uses a design first patented in 1958.

Give up? It’s the humble LEGO. You know, the little plastic blocks, or “bricks” as fans call them. According to the company’s website, the name “LEGO” is an abbreviation of the two Danish words “leg godt,” meaning “play well.”

CNBC, among others, recently reported that LEGO sales hit almost $8 billion last year. That report came with the announcement of a new billion-dollar LEGO manufacturing plant being built in Virginia.

How could such a low-tech toy sell so much in this hyper digital day and age? It didn’t happen by accident. There was and is, serious marketing strategy behind the growth of this amazing company. Like many companies, the strategy was borne out of frustration and perhaps, desperation.

When growth at LEGO became stagnant in the 80’s, for the first time since the products began being manufactured in current form in 1958, bankruptcy looked like a real possibility. But instead of throwing in the towel, the family-owned company got innovative. They realized that making simple, quality products was not enough.

LEGO looked at its customers and their interests. They found that many of their target customers were excited about the Star Wars movies. The sci-fi franchise had many toy spinoffs, so why not LEGO?

LEGO licensed the Star Wars figures and created sets around them and the LEGO explosion resumed and multiplied. Since then many new sets have been developed and many are licensed movie themes. But staying current is key.

According to BrandMind.com, each year, the company’s portfolio grows by 60% with fresh new products, the latest of which blends augmented reality with building.

For their part, LEGO recognized they could be the “bridge” connecting kids and adults to other interests. LEGO management says, “investing in fluid play — the intersection between digital and physical play — will continue to be a priority.”

The other keys to LEGO’s continued growth and success include:

CUSTOMER FEEDBACK – locations in many parks and entertainment venues around the world (including Disney parks), allows LEGO to gauge interest in its various products and licensed figures. They watch and listen and adapt to changing interests whether that be superheroes or recognizable themes like City Life.

IN-PERSON ENGAGEMENT is another critical component of LEGO’s marketing strategy. They hold events all year, all over the world, providing the opportunity for fans to gather and have fun and expand possible uses.

AFOLs – Adult Fans of Legos, is a quasi-official group that LEGO created in 1995 to encourage use of LEGOs by more than just kids. Creating sets for adults with themes like architecture and Titanic and more kept the interest going while the company helped build and connect the group online and develop a true community.

Can you use some of these strategies to build or expand your brand?

They may not all apply, but brick-by-brick, you might be able to build something great. ##

“The reports of my death are greatly exaggerated,” is a quote often attributed to author Mark Twain when told about rumors that he was gravely ill and died while on a speaking tour. A similar exaggeration may have been applied to the movie theater industry during the COVID 19 pandemic. …