Famous Ribs — and Other Marketing Lies 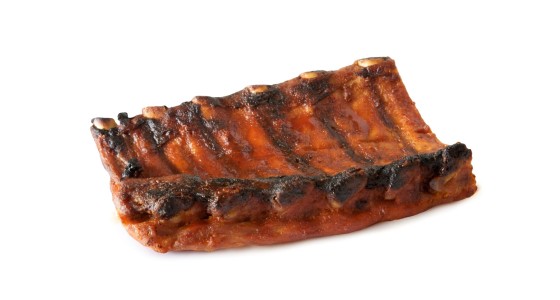 “Your menu says your ribs are famous,” I remark to my waitress. “Do you think I can get their autographs?”

She sighs at the lame joke and looks at my wife as if to say “Can’t you control this idiot?” My wife looks back as if she’s saying, “See what I have to put up with?”

The word “famous” is supposed to describe a well-known and celebrated person, place or thing.

Trust me, the ribs were not well-known or celebrated by anyone outside that restaurant. But, as many businesses do, they added the word “famous” to the description of the ribs because they thought it would add value to it.

What did the restaurant owner gain by saying the ribs were famous? Nothing. In fact, less than nothing.

The only thing the ribs could be famous for was their mediocrity. So if the ribs were the star of their menu, I knew that the rest of the food could not be very good.

There’s a big difference between “putting your best foot forward” and exaggerating so much that you lose your credibility. It’s NOT a fine line — it’s six-lane highway.

This may read like a rant about a $20 rib dinner, but this practice isn’t just confined to restaurants.

Too many businesses and non-profit organizations focus too much on trying to appear better than they actually are — spending time and money to try to look like they’re working hard, achieving and growing  — instead of focusing on actually accomplishing those things.

Claiming to be famous, or the world’s greatest or even number one because a suburban newspaper said you were the “Readers’ Choice” is more of an ego trip than a grand marketing idea.

I tell my clients: “Don’t worry about looking better. Focus on being better.” Then use good marketing to get the prospect’s attention and generate sales.

Another Way To Be Famous

You may never be famous in the literal sense, but you can be a star in the eyes of your customers, employees, vendors, community and family.

One last thing: What’s the going rate for spare rib autographs on eBay?

The President of the United States of America (acronym: POTUS) makes an annual salary of $400,000 along with a $50,000 annual expense account. So I find it interesting that about $9 billion* will be spent on campaigns this year to get the job. That’s $9 BILLION with a “B” and a …