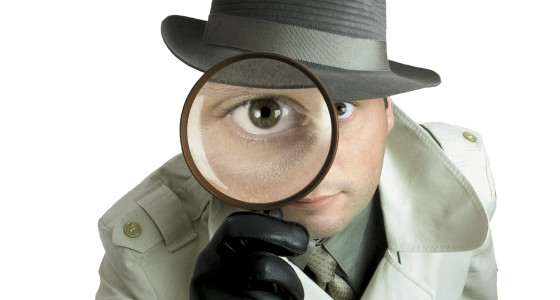 Janice Prion and Tim Smith were veteran sales people from Acme Fasteners. Acme was invited to make a sales pitch to Banner Manufacturing for the opportunity to supply fasteners for a huge new product line. Banner also invited Acme’s competitor, Carlyle Fasteners, to make a pitch.

Carlyle and Acme went head-to-head against each other in the big high-tech conference room at Banner’s headquarters. At the end of the pitch, Banner officials had a short deliberation, came back in the room and announced that Carlyle, not Acme, would be their next fastener supplier.

After the pitch, a dejected Janice and Tim were standing in the Banner parking lot trying to figure out how Carlyle got the account over them.

Neither firm had a previous relationship with Banner. They were about the same size. Both had a location nearby.

But Tim and Janice knew Acme had the best product selection, track record of success and an overall lower price structure. They should have got the job based just on those facts.

What really bothered Janice and Tim was that Banner chose Carlyle even though the Carlyle sales manager arrived late for the pitch. He was wearing a golf shirt and golf pants with a sports jacket instead of a suit.

The Carlyle guy did apologize for being late because of the golf game he squeezed in. But then he wasted half his allotted time describing the last three holes of this game. All of the Banner assistants were rolling their eyes.

Yet, at the end of the pitch, Banner’s CEO awarded Carlyle the contract — saying both firms were impressive, but Carlyle seem to understand Banner a little better.

Janice and Tim could not see how Banner would choose Carlyle over Acme. But they had a plan for the next pitch: “Let’s low-ball the starting prices,” said Janice. “That will probably work,” said Tim.

Just then, the CEO of Banner walked out of his building. The CEO was the ultimate decision-maker in the presentation. Others from Banner weighed in on the decision, but it was clear the CEO decided who would be the next fastener supplier.

As the CEO walked past Tim and Janice he smiled and nodded, and they acknowledged him also. He reached his expensive sports car, opened the front door and threw in his briefcase. Then he opened his trunk, shook his head, closed the lid and began walking back toward the building.

Trying to be friendly in case of future work, Tim spoke up as the CEO was passing him and Janice. “Forget something?” they asked.

“Yes I did,” said the CEO. “I was checking to make sure my clubs were in the car, but I realized that I had left my favorite putter behind my chair in the conference room. I try to catch a few rounds every day, so I gotta run. Have a good day.”

You may have heard the term brand personality being used lately. But what is it, and is it useful as a marketing tool for you? Or just another useless buzzword? What Is It Brand personality is really a set of human characteristics that is associated with a brand. Harley-Davidson might …