Video Killed the Radio Star… But Brings Marketing to Life 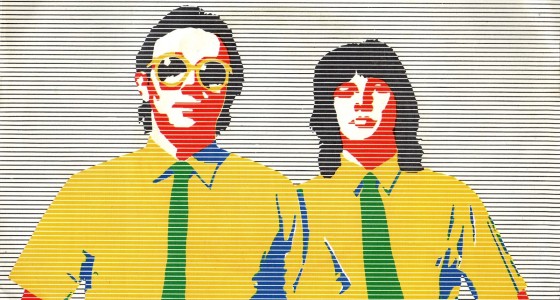 It was a Friday night (technically, Saturday morning) at one minute past midnight on August 1st, 1981 when MTV (Music Television), a new cable channel, debuted its first music video.

The first video featured the song “Video Killed the Radio Star” by a British New Wave duo called The Buggles. The song was a number-one hit and the video was incredibly popular.

I encourage you to look it up on YouTube (which by the way did not launch until 24 years later in 2005). Unlike today’s slick videos, “Radio Star” appears horribly lip-synced and cheesy. Production quality is best described as blurry. But the lyrics of the song rang true — “We can’t rewind, we’ve gone too far…Pictures came and broke your heart…Put the blame on the VCR.” I know I was hooked.

Soon after MTV’s launch, rock stars were doing promotional TV spots and telling America to “turn it on and leave it on!”  Even Mick Jagger of the Rolling Stones urged us to call our local cable companies and tell them “I want my MTV!”

Today, even movies are shot on video. Not just cheap independent films, but blockbusters like Iron Man 3, Gatsby and Flight.

I was hooked on video from day one. And it has always been a key tool in our marketing firm.

I started scripting, directing, and editing TV commercials 30 years ago. It was a time-consuming process back then to even add graphics like someone’s name. Now we do 20 times more on our Macs than we could in those days, even in a high-end studio.

We began producing corporate videos because it’s a lot easier to get across complex features with a video than a brochure. Video works much better during a sales pitch, and when a prospect views it alone, too. We use video as reports to the board of directors and to interest investors.

Video can make an emotional connection that not many individual speakers can. Add music and the right images and you can get your point across in very effective community relations videos.

Testimonial videos allow you to cut through the clutter and show real people supporting your product or services.

According to eMarketer, 85 percent of web viewers are more likely to purchase after watching a product video. Online video is 5.3 times more effective than text only.

I love video marketing in email campaigns. When we send client videos out via email, click-through rates are dramatically higher, and understanding, engagement and sales all increase.

We are producing product demonstrations, messages from the CEO and direct sales pitches on video more often because the results are so much better than print and other media alone.

And if you want to really break through the clutter, consider an animated video. Whether we’re showing how fracking works underground or how a custom door is made, animation provides images for situations that can’t be seen or easily explained.

I strongly recommend using video on your website, in email campaigns and in presentations. Video may have killed the radio star, but it pumps a lot of life into marketing.

This column contains about 600 words. I would prefer it was only about 350 words. That’s because I can cover most of the relevant points I have to make on just about any subject in about 350 words. After that, my concentration and my writing gets kind of weak. Don’t …