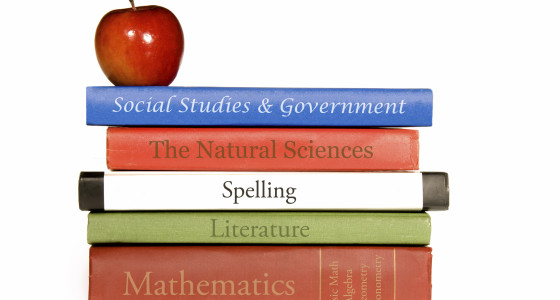 On my first day as a freshman in high school, I spent a lot of time picking up books that seniors and juniors knocked out of my hands. The perpetrators would be laughing 20 feet down the crowded hallway before I could even react. I had to scramble to pick my books up so I could look at my geeky hallway map and find my next class before the bell rang.

I was warned by my older brother that this was a sort of initiation for freshman boys and not to make a fuss about it. I followed his advice and got through the day — which was my only goal at the time.

Recently, I witnessed the first day for freshmen at a local high school — and it was quite a different experience from mine.

The opportunity to attend the first day of school for freshmen came up while we were conducting several “Brand Camps” for the faculty, staff, board and alumni of Cardinal Mooney High School.

At the Brand Camps we were introducing the school’s new “Great Futures Start Here” theme and engaging staff in developing related messaging and activities.

At one of the Brand Camps, I was approached by assistant principal Joanne Carney-Smith. She asked me to attend part of Mooney’s Freshman Orientation Day and watch the “Link Crew” in action.

“Link Crew?” I asked. “Sounds interesting, but can you just explain it to me?” “It would be better if you attend,” she said in her best authority-figure voice. “Yes, ma’am,” I said.

I’m glad I did, because it was something I had never seen before. The group of 100 or so awkward freshman showed up in their uniform polo shirts and tan slacks with their new book bags and chatted nervously. They entered the school gym and gawked at the championship banners and the giant Fighting Cardinal emblazoned on the wall.

Soon their nervousness was relieved when they hooked up with their “Link Leader.”

The Link Leaders were volunteers from the junior and senior class who applied and were carefully chosen as mentors to the freshmen. More importantly, they were the freshmen’s “link” to the high school experience at Mooney.

Each group of two Link Leaders was hooked up with 5-6 freshmen. They called the freshmen the week before Freshman Orientation Day, introduced themselves and gave them an idea of what to expect.

When the frosh arrived, they just looked for their Link Leader. The Link Leaders were easily identified because they were wearing T-Shirts that read “Link Crew.”

Mrs. Carney-Smith ran a bunch of “get to know each other” exercises before everyone moved into small groups. In one of the exercises, everyone was hooked up with a partner, told to give them a “high five”and then tell their life story in 39 seconds. It was a fun bonding experience and relaxed the kids for the next step, a tour of the school. The Link Leaders showed them where their classes were, how to find the cafeteria (and the bathrooms!), etc.

At the end of the day, the freshmen went home excited and happy. They “knew some upperclassmen.” And they told their parents about the positive experience they just had.

One of my beliefs is that most problems can be solved with better communication. I have never seen a better example of that than the Link Crew program at Mooney.

Mrs. Carney-Smith and Cardinal Mooney engaged these kids and helped them “connect” to their peers and their new school in an innovative way.

When it comes to communicating “you are welcome here and you belong,” the Link Crew concept seems to work a lot better than knocking books out of your hands.

A few years ago, I heard Sam Rutigliano, the former head coach of the Cleveland Browns, use a story about his dog to explain why his Kardiac Kids were one of the most successful Browns teams ever — even though they didn’t have the most skilled players. Coach Rutigliano told …