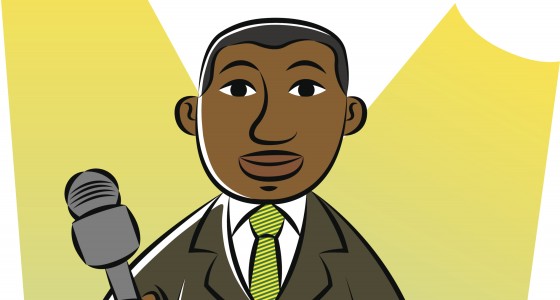 “Scott, did you murder your wife?” shouted the reporter. Scott Peterson ignored the question and hurried to his car. Rumors started to surface that he was going to be arrested and he didn’t want to answer questions.

Most business owners and executives will never face a scenario like Scott Peterson, yet that’s often the image that comes to mind once they learn they’re going to be interviewed. They worry that a reporter will ask a “trick” question that will make them look foolish — or worse, guilty of some wrongdoing.

When our clients are likely to be involved in media interviews, we provide training to help them prepare.

What follows are the some of the keys we give them for handling most media interviews:

Never “wing it.” Prepare for every interview, no matter how well you may think you know the topic.

Nothing is really “off the record.” Anything you say in the presence of a reporter could be fair game for his/her story in some manner, even if it just prompts further research and a quote from someone else.

Set goals for what you want to communicate. You want the reporter, and those who watch the interview, to clearly grasp you or your company’s position on an issue.

Create up to three “takeaways.” Determine the one, two or a maximum of three things you want people to remember. Write those points down, and commit them to memory.

If possible, rehearse. With a colleague, your spouse/significant other or a trusted friend. Have him or her play the role of a reporter.

Break the ice. Before the interview begins, ask the reporter where he or she is from, how long they’ve been at the station or newspaper, etc.

Make eye contact. Before the cameras roll, and continuously during the interview.

Answer questions, then work your way back to your “takeaways.” Do your best to work one or more of them in at the end of any answer. Example: “(answer)…that’s why we’re so focused here at ______ on (takeaway message).”

“Bridge” to a more expansive answer. Some questions are too simplistic and don’t convey the totality of the issue. Say, “It’s important to remember that…” “Let me put that in perspective” or “Before we get off that topic, let me just add…”

Avoid jargon, acronyms, etc. Remember that neither the reporter nor the audience is necessarily familiar with your terminology.

Don’t be led off-message. Answer the questions, but lead the conversation back to your main points, your takeaways.

Offer important information instead of waiting to be asked. The obligation is on you to bring this information to light.

Maintain your cool. Don’t be goaded into a sharp or sarcastic answer. Take the high road, even if you’re provoked.

If you want the best chance of being successful at social media marketing, you need to first understand and acknowledge that you’re using social media as a tool. This is work, not play. It will take time and effort. That’s not to say you can’t have fun with it, or …