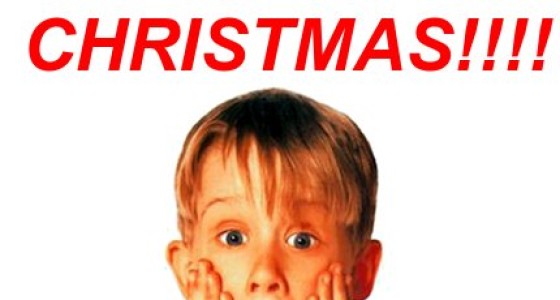 “Did you get my letter Santa?,” my kids would ask.

“Of course!” he would lie. Then he’d wink at us parents and say, “But Santa gets so many letters, it’s hard to remember. Why don’t you tell me what you asked for?”

Typically, Santa would officially arrive in most large retailers after cruising in on a firetruck (for some reason the firetruck was the logical next-best-thing to a sleigh and reindeers). And of course, he usually arrived the weekend after Thanksgiving. But that was years ago.

In the last couple years, Santa barely lets the ghouls and goblins digest their Halloween candy before he squeezes his chubby butt into a velvet-covered throne and starts taking toy orders. The good news is that Santa’s extended hours means shorter lines when you are waiting to see him.

Of course, the most noticeable change to the retail Christmas season is the early start of sales and promotions. Black Friday and Cyber Monday have become almost meaningless because so many sales are starting earlier.

Lots of retailers are opening up on Thanksgiving or even the night before with their “Black Friday” sales starting on Turkey-day Thursday. This aggravates some consumers and attracts many others.

It’s called the “Christmas Creep,” — holiday sales creeping in earlier and earlier. But you better get used to it, because it’s going to continue. More Xmas sales starting earlier and more extended store hours.

Are these early sales helping consumers? Yes — for the most part. Early sales mean that lower income consumers have a chance to get something they wanted at a better price and put it in layaway and have it for Christmas.

And since so many sales are starting early, consumers know they have time to cherry pick the best prices and products. Shoppers expect 40-50% savings like those featured in Black Friday sales. Sp many hold out until they get those kinds of prices. In fact, the best prices happen AFTER Thanksgiving weekend — and many consumers have caught on to this.

So the early sales and discounts are good for consumers from that perspective. On the flip side, many people buy things they don’t need during this season thinking that the prices justify the extravagant purchase.

Do the early sales and extended hours help retailers? They don’t really have a choice. The simple fact is that most consumers have a fixed amount they can afford or are willing to spend on Christmas gifts.

So retailers run the risk of losing out if competitors beat them them to that limited consumer budget with early season sales—however absurdly early these sales may seem. They want to get to the wallet before the money is gone. That’s what the “Christmas Creep” is all about.

Overall retail sales or consumer spending on Christmas gifts is not increasing substantially. But the early sales and long hours gives retailers a chance to increase market share and up their own holiday season revenue. Those are important factors to every retailer. So don’t be surprised if next year you open the door on Halloween hear “Ho, Ho, Ho!” instead of “Trick or Treat!”

Every Consumer in ConsumerVille liked Christmas a lot, But it was rumored that Marketing — simply did NOT! ConsumerVille Leaders claimed “Marketing hates the Christmas season!” But they never said why…never gave us a reason. They said what Marketing was doing was just not right. It had a grip on …