“We’re Not in Kansas Anymore, Toto.” The Consumer Market has changed drastically. 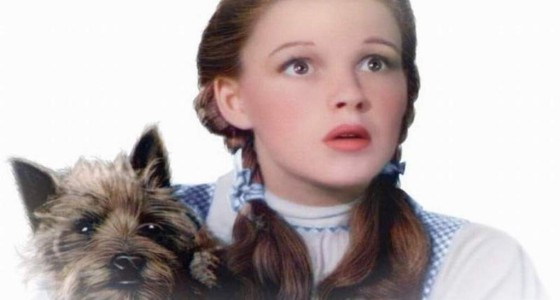 When Dorothy stepped out her tornado-blown house in the movie The Wizard of Oz, she saw a landscape that was drastically different than the one she saw growing up on a farm. “I don’t think we’re in Kansas any more, Toto,” she said.

If you compare the American consumer market 25 years ago to today, you too might think you were hit in the head and woke up in a much different place. But you’re not going to wake up and find out this is a dream. The American consumer landscape has changed dramatically — and that is a reality.

How much has it changed? A study published by Deloitte University Press in January of this year points to four key indicators in the American consumer market place that are worth noting.

Millennials (people born between 1980 and 1999) will account for 30 percent of all consumer spending by 2020. They are the most “plugged-in” of all consumer groups and have a great sense of community. Millennials do their research and check out companies, products and services closely online before making a major purchase. They follow some companies online and rely on ratings by customers. They are still influenced by traditional media, though — as much as 77 percent say advertising influenced at least some purchases. A majority of Millennials say they would pay more for a green product.

Baby Boomers (those born between 1946 and 1964) were the largest generation in American history; by 2017, they will comprise half of the US population. As such, they account for a significant share of spending on consumer products (49 percent), and control 70 percent of the nation’s disposable income. But despite advances in technology, 74 percent of consumers over age 60 indicated that traditional advertisements and promotions still influence them and make them aware of products they want to buy.

This growing consumer segment will account for 20 percent of the US population by 2020, and 30 percent by 2050. It’s not just Hispanics’ consumers growing numbers, but also their attitudes and behavior, that make this significant. Hispanic consumers prefer national brands, frequent shopping trips, and connectivity via mobile devices.

According to one study, Hispanic consumers make nearly twice as many trips per month to the grocery store as non-Hispanic shoppers. In this 2014 survey, Hispanics also indicated they were spending more per month across major food and household categories than in the previous year.

If you have a consumer product company or you are a retailer, you should see this as a growth opportunity. Research shows Hispanics shoppers tend to be more loyal to national brands so marketing efforts based on brand can be especially effective.

You should also note that, with a higher mobile phone penetration rate than the national average, Hispanic shoppers are more likely to use a smartphone to compare prices and download coupons.
SHRINKING MIDDLE CLASS

The large market once created by a substantial American middle class is shrinking. The middle class is being squeezed from both sides, with nearly 50 percent of US households earning under $50,000 and over 21 percent earning more than $100,000. To visualize this distribution, think of a barbell, with the middle class — well, in the middle. The traditional consumer base enjoyed by many national consumer product companies has been significantly weakened.

No, we’re not in Kansas anymore. And the faster we adapt to the changing consumer landscape, the farther we can get on that yellow brick road to success. ##

There’s a scene in the blockbuster movie Raiders of the Lost Ark that everyone loves. Indiana Jones, played by Harrison Ford, has just arrived in Cairo when his partner Marion Ravenwood is kidnapped by the Nazis. Indy starts running through a crowded Egyptian bazaar, desperately searching for her. Suddenly, the …