Message Is King in Presidential Politics 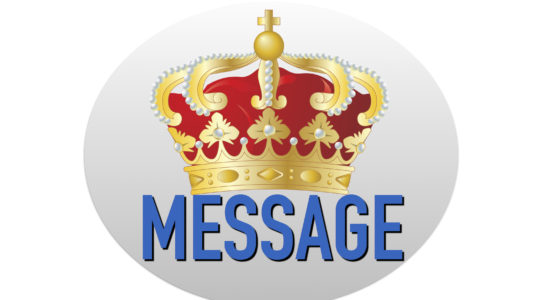 Choosing a leader was much simpler in the first century. You chose the strongest and most ruthless warrior to be your king.

The warrior you chose usually had a very simple but powerful message: Pledge your loyalty and part of your earnings to me and I will protect you and your family from other strong and ruthless warriors. If you do not, I will have you killed, let my men rape your wife and sell your children into slavery.

Optics were as important then as now. Warriors might ride up to a farm on massive war horses while wearing armor, brandishing swords and shields. The farmer was likely wearing burlap shirt, holding a hoe and standing next to his donkey, so he was probably impressed.

Clear, very specific messages made choices easier and often won the day. And that still holds true today.You can look at the 2016 presidential race and see that message is still king.

The rise of Donald Trump from political novice to presumptive Republican nominee has been nothing short of amazing. No one could have imagined this a year ago.

Of course, he’s used to winning — in real estate, business, with his brand, his TV shows, etc. In fact, Forbes says he’s worth $5.4 billion.

But for all his success, he’s also had casinos and an airline go bust. And there are many who blame him for the demise of the exciting but short-lived USFL.

He has also managed to offend a lot of people during his campaign. And he has even made ardent supporters wince. It seems like he alienated groups in situations that could have been avoided.

So how can he have beat 16 other candidates to become the presumptive Republican nominee, and by many accounts a coin toss to win the White House?

In fact, as you can see, the right message actually attracts media. Trump has gotten media coverage that others have had to pay for and had a much better result.

How does that happen? The Message.

Amazingly, even people who do not necessary like Trump or are unhappy with some of his statements will still vote for him.

We can talk about specific policies, positions, morals, etc. of each candidate, but as a marketing professional, I’m interested in what I can learn from this campaign that helps my friends, clients and readers.

I believe most people get a simple message from Trump. That message is “change.” The message many people got from most of the other Republican candidates was “Stay the Same.” It was pretty clear that people wanted an outsider, not an insider.

As we head into the general election, I think you’ll see the same thing happen. It will be less about party, positions and personalities than who represents change and who represents “things will stay the same.”

As the campaign progresses, listen to the statements of each candidate and put a check mark under— “Change” or “Stay the Same.” The candidate with the most check marks under “Change” will be the winner in November.

Can it be that simple? Yes. The right message this election cycle is “Change.” And the next king…er, president…will be the person with that message.

The same rule holds true for your business or non-profit — the Message is King in your marketing. If you use the right message at the right time, you’ll be a winner. ##

We’ve been marketing consultants for many top companies and non-profit organizations for 30+ years. Very early on, it became clear to us that — when you strip it down and really examine it — there are really three key components to achieving and sustaining real success with your marketing efforts. …