Beyond Demographics — You Are What You Search 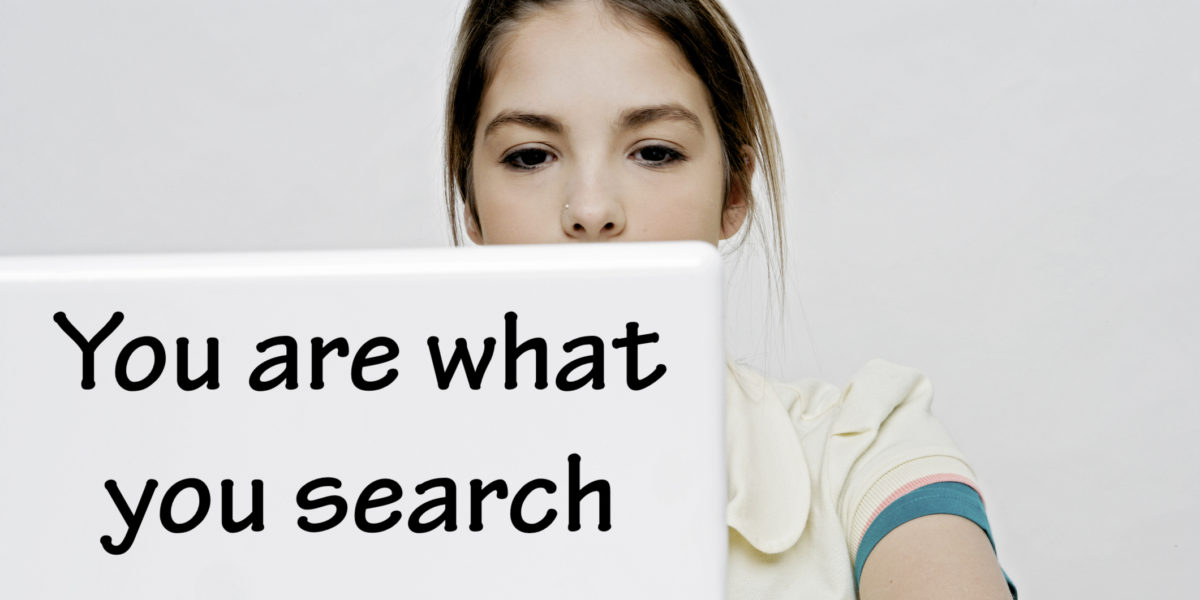 Tim Frank enjoyed a good life as the chief financial officer of Axo Manufacturing. Fifteen years earlier, he and Adeline Lane were assistant controllers when the previous CFO decided to retire. Tim and Adeline competed for the post and, by most accounts, Adeline was far more capable than Tim. But the good ol’ boys dominated at Axo. And Adeline – well, she wasn’t old and she wasn’t a boy – so Tim got the job.

But last June, the good ol’ boys were furious when an independent auditor informed them that more than $2 million was missing from Axo’s account. Forensic examiners checked the search history on Tim’s computer and found searches for online casinos, offshore banks and airline tickets to Belize. Tim was fired and arrested. Everyone is convinced he’s guilty. After all, you are what you search — right?

If Tim’s search history showed us who he really was, I wondered if search histories might be a good way to go beyond demographics and really understand the people in a marketplace. I checked Google’s search trends for the 2017 American market. Some of the things Americans searched for most were predictable but some — like the “Selfie Rat” — were unexpected.

Here are a few examples of the “Top 10” search terms in various categories which had a high spike in traffic in 2017 as compared to 2016.

“NEWS” SEARCHES — We couldn’t get enough of these news items, so we searched for more:

“HOW MANY CALORIES” SEARCHES — What food do Americans check out the most (before eating anyway)?

2. How to make solar eclipse glasses

3. How to watch the solar eclipse

4. How to watch Mayweather vs. McGregor

5. How to buy Bitcoin

6. How to freeze your credit

7. How to solve a Rubik’s cube

8. How to make a fidget spinner

9. How to cook a turkey in the oven

10. How to screen record

RECIPE SEARCHES — What’s cooking (or would be cooking) if we had the recipe?

“SELFIE” SEARCHES — A rat took a selfie — it’s true. Even weirder, there were more searches for the rat’s selfie than Heidi Klum’s selfie.

As marketers, we must stay aware of what interests and motivates the people in our market. That helps us sell them our products and services also. Search histories help us understand what interests people and see who they are.

Meanwhile, back at Axo. The good ol’ boys reluctantly hired Adeline to replace Tim. On her first official day as CFO, she sat at the desk in her office and opened her private laptop. Within 10 minutes, she confirmed the missing $2 million was sitting safely in her bank account in Belize and earning interest. Satisfied, Adeline shut down and closed her computer. Then she leaned back, smiled to herself and whispered, “Thanks, boys.” ##

Shake n’ Bake TV commercial script— “Grandma, can I help you make your special fried chicken?” says 8-year old Sally. “If you can keep a secret…I use Shake ’n Bake now,” says her sneaky grandmother. Sally is shocked: “You DO?”  “Sure. I’ll show you,” says Grandma.  “First we shake,” as …