Next Growth Market: The Wealthy 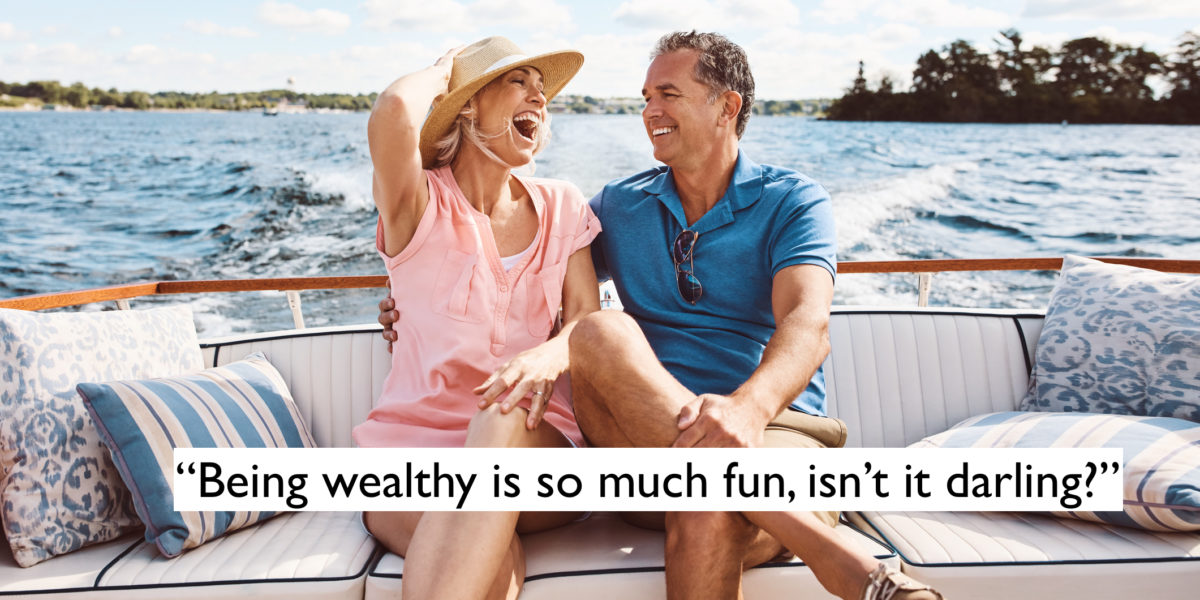 And millionaires? Don’t get me started… millionaires are multiplying like rabbits. At the end of 2017, there were estimated to be just over 15 million U.S.-dollar millionaires in the world. The United States had the highest number of any country, with 5 million billionaires.

And it’s probably no surprise that President Trump’s hometown, New York City, is also the U.S. city that is home to the most millionaires in the nation. Imagine 393,500 millionaires all trying to get a condo in Trump Tower. There goes the neighborhood!

With that many people who have landfill-amounts of disposable income, many established organizations and startups are focusing on selling exclusively to the wealthy. Many try the standard forms of marketing. But they soon learn that, like any other target demographic, the wealthy respond to very specific marketing strategies. Let’s look at a couple of those strategies.

Writing for Entrepreneur.com, Vincent Bastien, Professor of Marketing, HEC Paris, says there are three primary strategies we need to consider when selling to the wealthy:

The Fashion Strategy is a totally different business model: it’s “of the moment.” Fashion has a very perishable value, which is one reason it’s expensive. What is popular today is out tomorrow.

The Premium Strategy can be summarized as “pay more, get more.” Here the goal is to prove — through comparisons and benchmarking — that this is the best value within its category.

I find the luxury strategy the most interesting because part of the strategy is to purposely promote the product or service in venues and media that have an audience that can’t afford the product. The Aston Martin Valkyrie may be featured on the cover of Motor Trend, but very few, if any, of the magazine’s readers can afford the $3.2 million price tag.

Why market to an audience that will never buy your product? Because it’s essential that more people are familiar with the brand than could possibly afford to buy it. If somebody fails to recognize the brand, part of its value is lost.

That’s right — as sad as it sounds, one of the reasons a person pays $10,000 for a pair of Louis Vuitton shoes is because other people know they paid $10,000. It’s part of the value of that brand. The same goes for many luxury items. You get the picture.

No matter which strategy you choose, if you market to the wealthy, they must be your primary focus. Steve Olenski, a contributing writer at Forbes.com, says:

Forming a niche around marketing to the affluent cannot only be incredibly lucrative, but it may also be a necessity… it’s important to keep in mind that gaining the trust and business of the elite is a unique skill.

Everyone that markets to the wealthy seem to agree that building relationships is the key.  Jon Yedwabnik, CEO of Opulent Jewelers states:

You might want to consider starting to sell to the next growth market — the wealthy. Who knows, if you do it right, you might even become part of that market. Just make sure your Valkyrie is properly insured for scratches and door dings. I’ve heard the parking spaces underneath Trump Tower are very tight.

Michael Scott, sales manager of the Scranton, PA office of paper seller Dunder Mifflin, wanted people to know he was not perfect. “Guess what, I have flaws,” said Scott. “What are they? Oh, I don’t know. I sing in the shower. Sometimes I spend too much time volunteering. Occasionally I’ll …