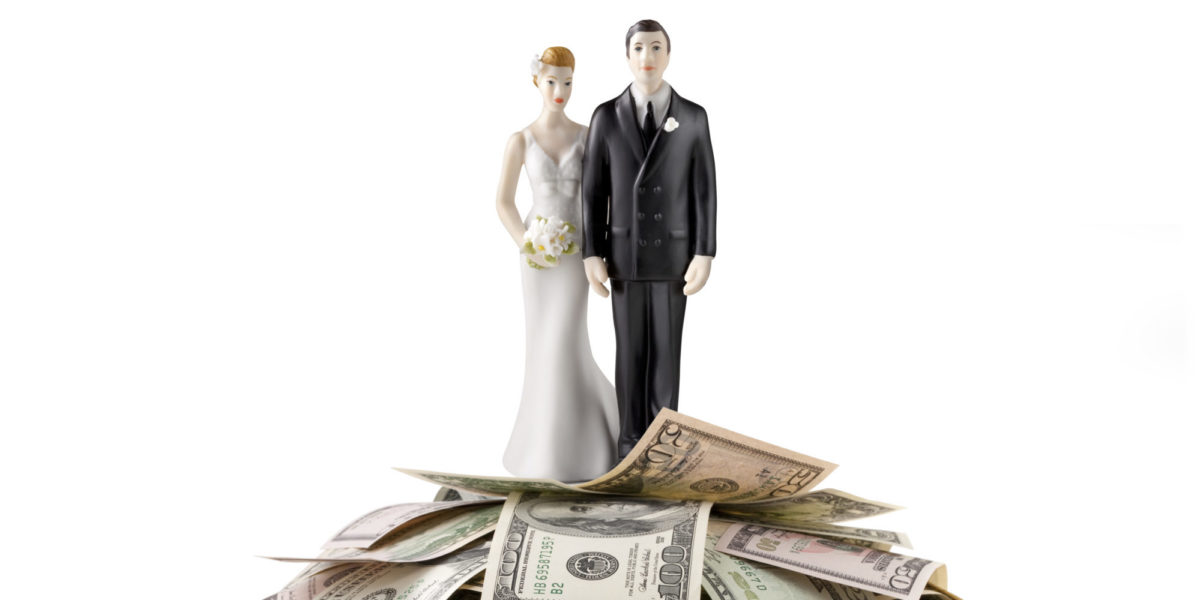 “Poor Dan,” I said to my wife as I cut into my filet. “This wedding must have cost him a bundle.” Dan is my neighbor. We were attending his daughter’s wedding reception at the historic Renaissance Hotel in downtown Pittsburgh.

Dan and his wife have been our neighbors  for a long time, and we watched their daughter grow up. I’m sure this event was expensive, but as anyone who has paid for a wedding knows, when it comes to your kids, cost is a concern — but not the main one. “Are you going to finish your filet?” I asked my wife.

You’ve probably attended weddings in many venues. Years ago, it seemed like most weddings took place in social clubs, VFWs and church basements. But in more recent times, you’re just as likely to have been invited to destination weddings in Florida, nuptials at an art museum and vows in luxury hotels.

If venues have changed, so has the average cost of weddings. They’ve only gone in one direction — up. Average cost varies by region of course, with Manhattan topping the list at $88,000 and Mississippi holding down the bottom spot at $12,769.

ValuePenguin.com says the average cost of a wedding in our market is $21,782, based on the national average of 140 guests. But according to local suppliers, many weddings in our area have at least 200 guests. That can push the average cost to over $30,000.

If you check websites such as CostofWedding.com, WeddingStats.org, and TheKnot.com, you’ll see the figures already mentioned and others — for example, the top most-expensive wedding features. The reception is typically at least 50% of the cost, with the engagement ring, band, wedding venue and photographer filling in the balance. The honeymoon is not calculated into the average.

But with more than two million people getting married in the United States each year and increasing costs (they’ve doubled since 1990), it’s surprising that wedding services is one of the few markets NOT dominated by any major retail chains or international companies of some sort.

According to IBISworld.com, wedding services in the United States is a $76 billion industry ,with 334,391 businesses employing 1,129,117 people in 2019. But there are no companies in the US with a major market share. Most businesses providing services are local or regional, and target people who live in these markets.

Declining population, extended periods of cohabitation before marriage and family planning have stifled the growth of wedding services over the five years leading to 2019. But increasing per capita disposable income has enabled those who do get married to spend more on their big day. Consequently, industry revenue is expected to expand as the strengthening economy boosts wedding budgets.

More engaged couples are contributing to the cost of their weddings instead of putting it all on Mom and Dad. That’s probably because the average age of marrying couples has increased. Older couples have more established incomes of their own.

Women’s Health magazine, reporting the most recent estimates from the U.S. Census Bureau, says the average age of first marriage for women in 2017 was 27.4 years. For men, it’s 29.5 years. That’s the longest Americans have ever waited to get married.

Since engaged couples and their parents seem to saying “yes to the dress” while saying “no” to big business, local wedding services, including wedding planning consultants, should be ramping up their marketing. They need to use social media, influencer marketing and mass marketing in creative ways if they want to get their slice of the wedding cake — and live happily ever after.

My Uncle Fred was the first true marketing wizard I ever met. As the proprietor of Farris Food Market on the east side of Youngstown, he knew how to cast a spell. I was seven years old, but I noticed his craft and I had lots of questions. “Why does …