Marketing Sends $31 Billion of TP Down the Drain 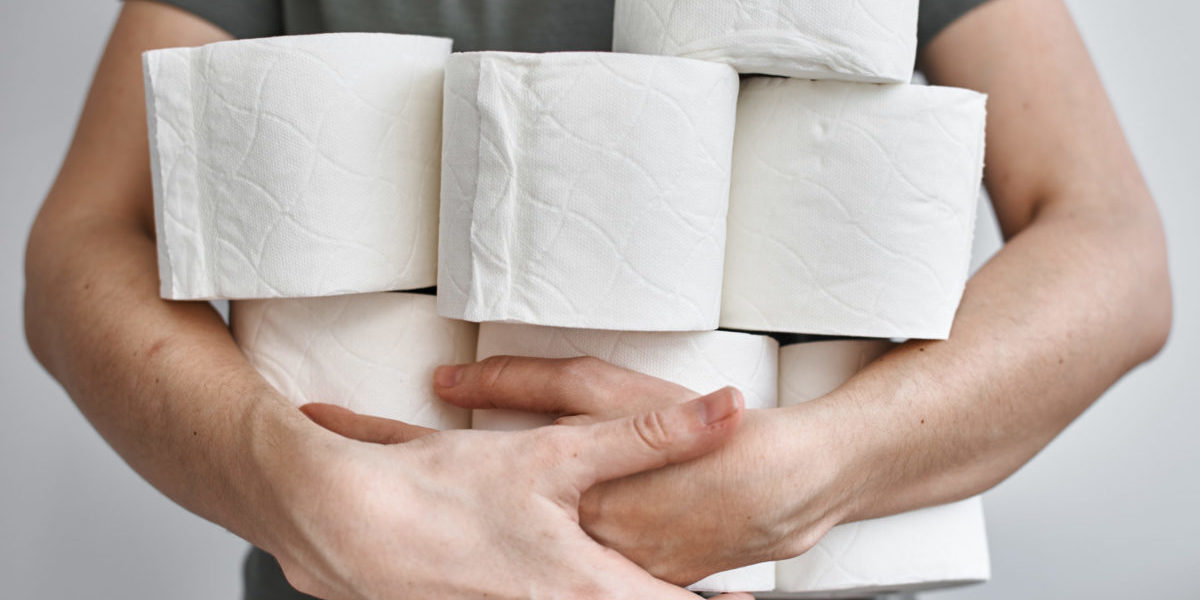 The recent pandemic stirred a surge of panic buying of toilet paper, resulting in empty store shelves and even a few fistfights over the few rolls that were available immediately after that.

Some people called it a “shortage,” but that’s a misnomer. Americans use about three rolls a week, and the pandemic didn’t change that. But we did begin to worry that we might not be able to get to the store and buy our beloved bottom-wiping material. So millions of Americans bought ahead for planned use during the stay-at-home lockdown. And of course, word that neighbors might be buying up your share of TP sent you rushing to the store also.

Once again, we failed to learn from history, because this happened once before — in 1973. In a Tonight Show monologue, Johnny Carson got a laugh out of a Wisconsin congressman’s comment about the possibility of a toilet paper shortage. Subsequently, consumers purchased abnormal amounts, causing an actual shortage in the United States for several months.

Before 1857, the most common “toilet paper” in the United States consisted of pages from the Sears Roebuck catalog. That finally changed when one brave innovator, entrepreneur Joseph Gayetty, got the idea that a better alternative could be created. He packaged 1,000 sheets of his medicated paper in a box.

“Toilet paper made its next great leap forward in 1890, when Clarence and E. Irvin Scott decided to think out of the box – and onto a roll,” says pymnts.com. “Their invention of rolled-up toilet paper made it much easier to package large amounts. They also had the idea to target businesses — hotels, specifically — instead of attempting to sell direct to consumers, because in 1890, it was considered impolite to admit that one used the bathroom at all.”

As toilet paper became a major consumer product, competition heated up — and so did marketing.

Marketing toilet paper was tricky. Most people didn’t like to talk about going to the bathroom. And really, how different can one brand of toilet paper be from its competition?

That’s the dilemma that was faced by Charmin’s ad agency Benton & Bowles. In 1964, Benton & Bowles copywriter John Chervokas knew what all great marketers did in cases like this. You find one advantage, blow it up and build your brand with memorable advertising.

Chervokas came up with a human mascot, a grocer named George Whipple. Chervokas said he was inspired by shoppers who squeezed fruit to evaluate its firmness before buying.

Mr. Whipple appeared to have a great deal of anxiety over customers — typically giddy housewives — who couldn’t resist squeezing Charmin products. The excitable grocer constantly admonished shoppers, “Please don’t squeeze the Charmin!” But squeeze it they did, across 504 ads total from 1964 to 1985, according to mentalfloss.com.

The punchline was that even Mr. Whipple himself couldn’t resist Charmin’s softness, and often gave in to the temptation to squeeze when no one was looking. In 1978 Mr. Whipple was named the third-best-known American just behind former President Nixon and Billy Graham.

The TP industry is due for a major disruption. Lifehack.com reports the world uses nearly 30,000 trees every day in toilet paper, or 10 million trees each year. Some sustainable alternatives to TP are starting showing up, including “paperless toilets.”

But don’t expect the toilet paper industry to give up their $31 billion market easily. TP manufacturers will likely be fielding enviro-friendly versions of their product. Don’t be surprised to see a new Mr. (or Ms.) Whipple squeezing every last dollar out of the next generation of TP.

Not long ago Starbucks in Canfield, Ohio opened its doors. The Canfield location is on Rte. 224 — the same road as the Starbucks in Boardman 5.5 miles to the east. However, you also can stop at Target or Barnes & Noble — located on Rte. 224 between the two …