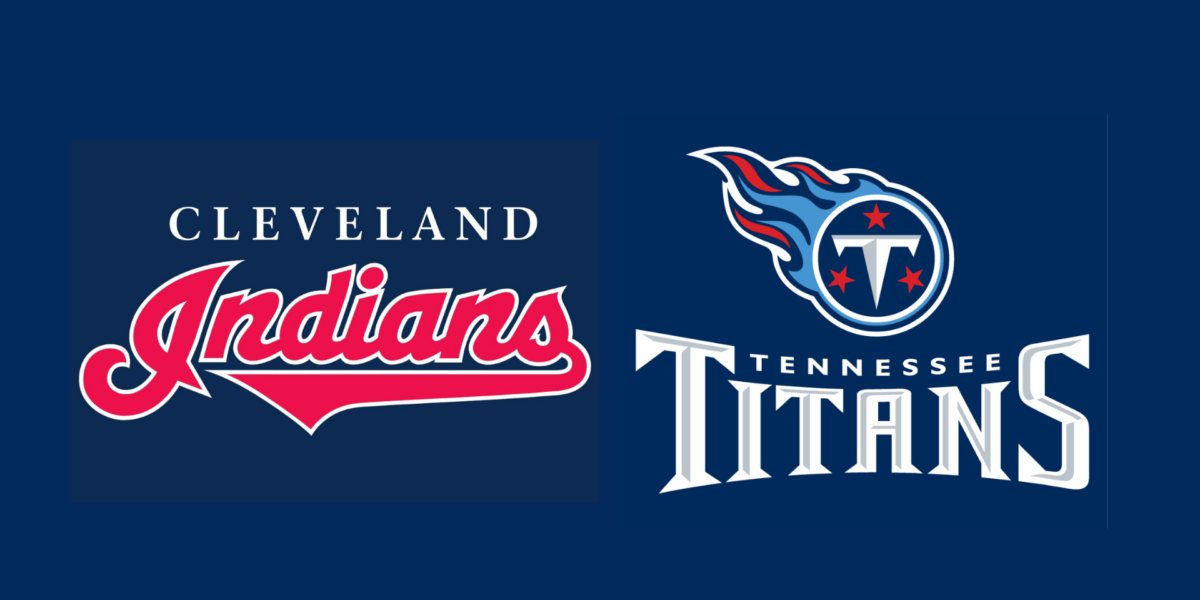 By George Farris and Anthony Farris

It was snowing during a baseball game — a World Series baseball game. The Atlanta Braves were playing the Indians in Cleveland in Game 5 of the ’95 Series. My 12-year-old son Anthony and I were watching from the upper deck of Jacobs Field as freshly fallen Lake Erie snow piled up on our newly purchased Tribe gear.

Back then, no one could imagine changing the team’s brand name. But that was 25 years ago. Recently, Cleveland announced its intent to drop the Indians name for a  to be named later brand.

Cleveland is joining many other teams that are changing names with a Native American connection. Most loyal fans realize they’re rooting for the city the team represents and likely, specific players on the team, so any objection to the name change is usually short-lived.

While this type of rebranding may be presented as an ethical move, most marketing experts know it’s simply the smart move. Forbes writer Steve Olenski says, “Every few years, sports teams realize they have to rebuild their talent pool…if they want to keep on winning. The same goes with a company’s brand image. It often needs to undergo a change in order to make it more relevant for new audience segments and reflect the evolving environment or industry.”

And what happens when a team’s brand name changes? New uniforms, logos and even colors may change. That means new fan gear — which every loyal fan must have. In most cases, a name change kick-starts a big spike in team merchandise sales, season tickets and even sponsorships.

So, the financial benefits are clear. But did you ever wonder if rebranding affects a team’s record? To find out, I turned to my son Anthony Farris (yes, the same one who sat with me in the snow 25 years ago). Anthony has a background in sports media and has been published on a number of sports-related websites.

When Sheryl Crow famously belted out “a change would do you good,” she may have been referring to the now somewhat regular practice of professional sports teams changing their nickname. Though often unpopular with fans, name changes don’t always translate to a negative on-field product — nor are they viewed as a mistake long-term. In fact, some pro teams have been more successful once they’ve adopted a new moniker.

It was the summer of 1997 when Crow released that toe-tapper. Two years later, the NFL’s Tennessee Oilers changed their nickname to the Titans and advanced to the Super Bowl — their most successful season in franchise history. Tennessee would qualify for the post season four times in five years after making the name change.

Anaheim’s NHL team qualified for post-season play a mere four times in twelve seasons as the Mighty Ducks. Prior to the 2006-07 campaign, the team shortened their name to the “Ducks.” Though they were no longer mighty, they were “strong enough” to complete the best season in team history — winning the Stanley Cup.

The hits kept coming. Major League Baseball’s Tampa Bay franchise was known as the Devil Rays until shortly after the 2007 season, when they dropped the “Devil.” In ten years of existence as the Devil Rays, Tampa Bay never had a winning season. The newly named Rays made the playoffs for the first time in 2008, advancing all the way to the World Series and starting a run of playoff appearances in three out of four years.

“Every day is a winding road” when trying to navigate the emotions of a professional sports fan base. But often times these name changes end up being synonymous with a fan base’s “favorite mistake.” As history has shown, changing the brand name of a team works both at the bank and on the field.

You can reach Anthony Farris with an email to AFarris1@gmail.com

What drives changes in fashion? Is it changing tastes, art, environment or functionality? Nope. Those are the consumer excuses for purchasing the new items. Most changes in fashion are generated by entrepreneurs who envision an opportunity. Looking back, the women and men who are the founders of some of these …