Do April Fools Gags Bring in Business for Brands? 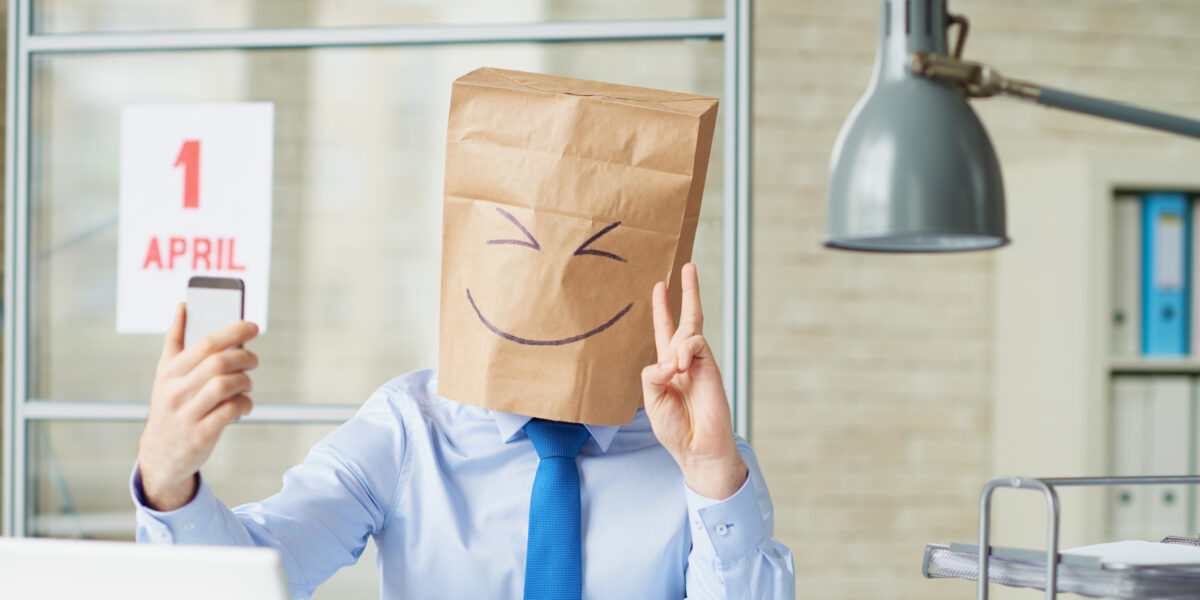 Did you know the “funny bone” is a real thing?

A 2016 comparison of brain scans from 22,000 patients at a major health system in England revealed a cartilage-like substance, about a quarter-inch long, in the frontal lobe of about 15% of the scans.

There is one common trait among this group — humor. Those with the funny “bone” either thought they were funny, claimed they loved comedy, laughed on a regular basis, or appreciated humor.

It’s not clear if the 15% figure extends to the general population or just the patient group. But it’s probably close. So when you use humor in your ads, you need to make sure it’s really funny if you want the other 85% of your audience to appreciate it.

Still, many marketers try to use humor in their ads and promotions

And even those who play it straight most of the year sometimes find it hard to resist a stab at humor with an April Fools’ Day gag.

If the April Fools gag works, the benefits to the brand of a well-thought-out and successful April first joke are numerous. You get publicity. The brand name is mentioned in social media and around the virtual water cooler.

If done right, you can increase awareness, generate interest and revenue, and connect with new markets.

One of the biggest April Fools’ Day splashes of 2021 was made by Volkswagen. About four days before April 1st, the company announced that it was changing its name to “Voltswagen” as it moved into the electric vehicle market.

From a headline-generating and awareness perspective, it was a huge success. Karen Doyne, a communications expert at Doyne Strategies, believes it was a home run. “VW’s goal was to create millions of headlines and posts linking its brands to electric cars — and it worked. Mission accomplished,” she says.

But not everyone approved of VW’s joke, or the way they went about it — especially the media outlets that printed the story as fact.

VW rolled out the story like any other, with serious faces and stories. Several executives provided their views and endorsements of the name change. This had many reporters convinced the story was factual.

The Associated Press was one of several organizations reporting the rebranding as real. AP executives were not happy to learn it was a gag.

“Volkswagen Caught Lying Again” screamed the headline of one follow-up story. The headline was referring to the “Diesel-Gate” scandal of 2015, in which a US federal judge ordered Volkswagen to pay a $2.8 billion criminal fine for “rigging diesel-powered vehicles to cheat on government emissions tests.”

Ann Gynn, a writer for the Content Marketing Institute says, “Three hundred sixty-four days a year, brands work hard creating content to build and strengthen trust with their audiences. But on a single day in April, many brands suspend those trust-building efforts and throw them out the window by publishing content deliberately meant to fool (or worse, make fools of) their audiences.”

On the flip side, brands like Burger King frequently use humor in their marketing.

BK has often launched “new” products on April Fools’ Day, including the Left-Handed Whopper, the Chocolate Whopper and even Whopper Toothpaste.

Should you try an April Fools’ Day prank to promote your brand?

Before you decide, you might want to get a brain scan and find out if you’re in the small percentage of people who have a funny bone.

Then again that might be a waste of time, because the funny bone story in the beginning of this article is totally bogus. That’s right — made it up just so I could say “April Fools!”

“Leadership” is an often-used word in job descriptions and the mission statements of companies and non-profit organizations. Great leadership is usually linked to the success of the organization. That’s appropriate. But many successful people will tell you that leadership goes beyond the bottom line. Leadership is also about teaching, sharing …