Slang in Ads: Is it Tight or Wack? 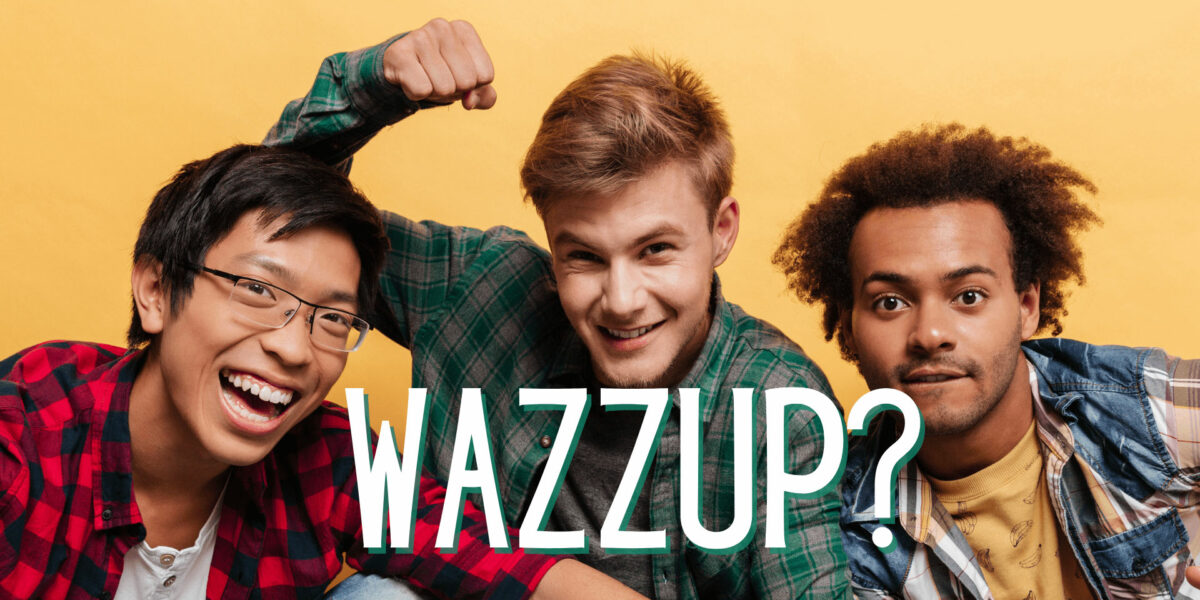 I admit I was excited. Six months ago, I bought a new refrigerator, but because of the pandemic, it took three months to come in.

The store sent two younger guys to deliver the shiny new appliance to my house. The new fridge was a lot bigger than the old one and I was hoping it would fit in the same space.

It did, but just barely. Not a centimeter to spare.

When the delivery guys finally got it in place, set up and running, it looked great. So, I said, “Cool beans!” I was happy and trying to express my satisfaction with the product and service.

That’s when I noticed the look. One of the delivery guys looked at the other and I knew they were thinking, “Does this guy think that’s how younger people talk?”

To his credit, one of the guys asked me honestly, “Is that an ‘old school’ term? I’ve never heard that.”

That got blank looks from both. Recovering quickly, I said, “Oh yea, that was 70’s… you wouldn’t know them. But D.J. on Full House used to say it all the time too.”

They shrugged at that and left.

The reaction of the delivery guys was a good reminder that using slang words, especially in advertising, is very risky. Slang can help get attention and even be used for humor, but it’s not always appreciated.

Research from MarketingCharts.com, among others, shows that many consumers find it annoying. Slang is often used among groups of friends and people with common interests. Marketers can be seen as “butting in,” or trying to enter a territory in which they are not welcome, or trying to be part of a group in which they were not invited.

If “annoying” isn’t a good enough reason to stay away from slang in your advertising, remember that slang has a really short shelf life. As demonstrated by my use of “Cool Beans,” if it wasn’t part of your culture and your language, you will not remember it.

“YOLO” (you only live once) was popular for about a minute and was the inspiration for dozens of bars, bands, videos, and tattoos.

Can you imagine the slang term, “Cat’s Pajamas” was a real popular phrase? It was commonly used in the 1920s to mean that something was exciting, new, or excellent. Though it doesn’t make much sense, it does use vivid imagery.

Slang can work, selectively, in some advertising from time to time. The words “What’s Up”  were combined for the slang term “Whassup?” (also known as “Wazzup”) in a series of very popular commercials for Budweiser that ran from 1999 to 2002.

In the spots, the characters sat around talking on the phone and saying “Whassup?” to one another in a comical way.

While success with slang in print and TV advertising is rare, combining slang and acronyms has worked very well in social media and internet marketing. Plenty of posts, sponsored posts and digital ads are sprinkled with slang acronyms like LOL, BFF, and BAE.

Someone’s post may claim Tom Brady is the GOAT or that we all need to be WOKE.

One reason you can get away with slang in social media or digital marketing is the instant nature of the media. You can change the message every day and keep current.

But otherwise, use slang carefully.

It’s sometime during the Paleolithic Age (aka the Stone Age) near what is now Spain. A cavewoman named Canta and caveman named Lopa are spear fishing in a river. “So Lopa,” says Canta, “What’s new?” “Same ol’, same ol’ for me.” replies Lopa. “But some of our friends saw one …