Nothing New to Sell? Sell It Used 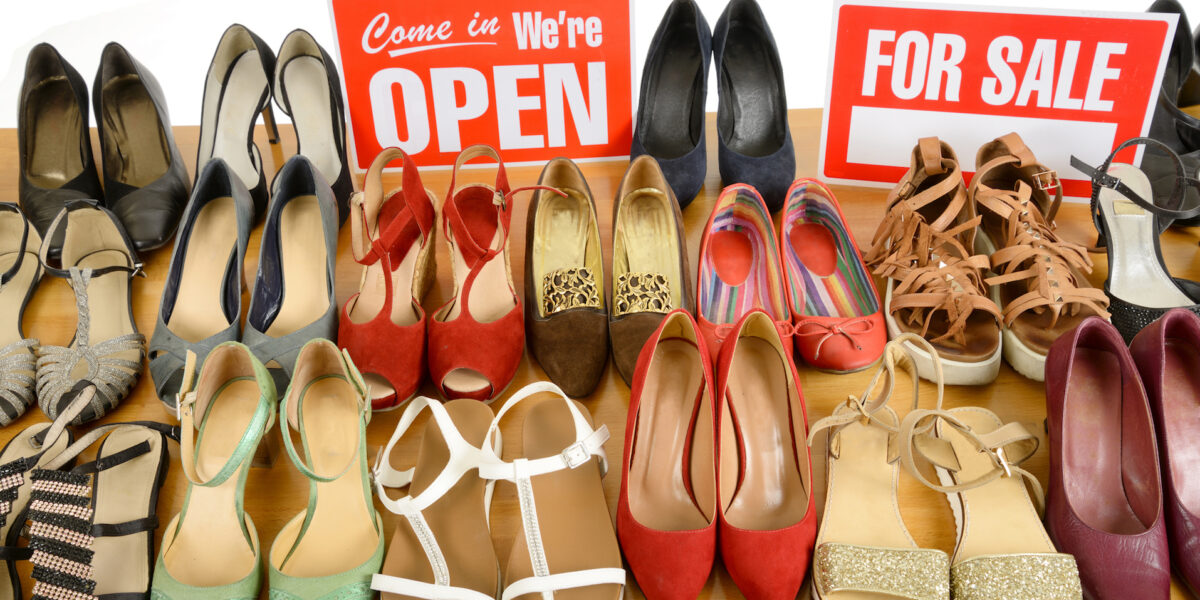 “Hello this is Tradio, are you buying or selling?” says the radio DJ. “I’m selling a five-horsepower lawnmower from Sears. It’s six years old and in good condition. I’ll take $35 or best offer.” replies the caller.

“Thank you, Hello this is Tradio, are you buying or selling?” the DJ asks for the 27th time this hour. “Um, I want to offer $15 to that fella selling the Schwinn 26-inch bicycle.” declares the new caller.

Tradio was a popular talk radio format used by AM radio stations in the’60s and ‘70s. Listeners call in to buy or sell items. The concept is analogous to classified ads in local newspapers says Wikipedia.

Callers can advertise, for free, a limited number of items for sale, or request an item to purchase from another listener. The caller then gives a phone number so that other listeners can contact the person for further information.

With the growth of the internet, these types of shows, along with their newspaper counterparts, have all but disappeared.

The concept of selling your used stuff has never disappeared. Unless you live under a rock, you have heard of, if not used Craigslist or eBay to sell, auction or buy somebody-else’s used (or new) stuff.  Those stalwarts have been joined by dozens of others.

Poshmark, based in Redwood City, California provides a social commerce marketplace where users in the US, Canada, and Australia can buy and sell new or used clothing, shoes, and accessories. Poshmark charges a percentage of the sale price. Their ads proclaim “Millions of shoppers. Virtual shopping parties. 700,000 sellers. Fashion at 70% off.”

Etsy is the premium marketplace for handmade and crafted goods. Selling on Etsy affords significant benefits: you won’t be competing against waves of low-value junk, Etsy’s attracts a clientele that’s often willing to spend more money.

Craigslist hasn’t evolved much since its creation. It’s still got the same plain type. It’s still kind of all over the place but that might be part of the charm. It’s like the garage sale of the internet.

Facebook Marketplace looks like a slightly more organized and regulated version of Craigslist. It works good for piecemeal sales of used items.The platform’s social aspect means sellers can vet out a buyer by stalking their profile (assuming it’s not private).

OfferUp started as a sort of “anti-Craigslist.”  Their infrastructure and item variety is very similar to Craigslist but features a clean, modern user interface

Cars are selling like crazy on the web Car sellers Caravana, Vroom, Autotrader and Car Guru join eBay, Facebook and other full-spectrum sellers.

While the supply chain problems have been wreaking havoc in fashion and new cars, the used-versions of the same products thriving.

AdAge reports Poshmark had a 22% increase in revenue to $88 million and Carvana recorded a second quarter increase of 198% after seeing total revenue for 2020 rise to $5.6 billion.

It only makes sense to try to sell your used goods instead of tossing them out. And it’s getting easier every day.  American consumers want to buy more stuff — new or old. My cousin Jimmy, who has been selling products on eBay since the site came online put it this way, “People are gonna spend their money on something. I just want to provide that something.”  Used goods resale websites make that possible.

Do you remember reading print magazines? I’m talking about the paper and ink versions of Cosmopolitan, Sports Illustrated, Newsweek, Time, Good Housekeeping and the other top titles. One of my favorites was Psychology Today.  Many of the articles were written by psychologists, psychiatrists, sociologists, medical doctors aimed at helping you solve …