Tattoo Industry Tips: How to Make Money Coming and Going 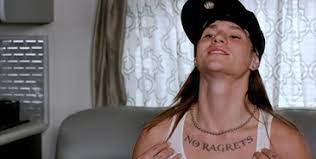 Tony Soprano parked his Chevy Suburban in front of Grab & Go Liquor. As he walked into the store, two policemen were leaving.  “He’s all yours.” said one of the cops.  Tony gives them a thumbs up.

When Tony sees the store owner, he says, “Hey Mr. Quan, I’m sorry about your problems. My friends in the police department tell me you were robbed a couple hours ago.”  “Yes!” Mr. Quan replies. “They pointed a gun at my head.”

“Terrible thing,” Tony says. “But, maybe I can help you.”

The store owner gets the message and agrees to pay $2,500 a month for protection. He won’t ever have to worry about being robbed again.

Later that night, Tony sees his nephew Christopher at the Bada Bing strip club. “How much did we get on that ‘thing’?” he asks (referring to the robbery Christopher executed at the liquor store).  “A lousy seven hundred bucks.” he complains. “Barely worth the effort.”

There are not many legal and legitimate businesses that present an opportunity to create a second business just to get rid of the results of the first. One very notable exception is the tattoo and tattoo removal market. When it comes to ink and skin, some folks realized there is a market for tattoos that are both coming and going.

The tattoo artist industry brought in $1.4 billion in 2021, reports Time Magazine. And that growth is expected to continue. “46% of Americans have at least one tattoo today.” reports industry resource Tattoo Pro. Tat fans can get their ink at over 30,000+ tattoo parlors in the U.S.

What’s the attraction of tattoos? Industry sources point to an increase in “YOLO mentality.” Psychology Today claims the primary  motivation has to do with its personal meaning such as a personal philosophy or significant experience, a person that inspired them or a close relative who passed away. People want to express themselves 24-7 and not just on social media.

The increasing frequency of ‘tattoo regret’ is boosting demand for tattoo removal. Removal customers say they got the tat while too young, it didn’t fit their current lifestyles, or was a person’s name who is no longer in their life. So, Sarah dumped you, but you still have her name on your buttocks? Oops.

THE MATH IS BETTER

When it comes to tattoos, the math is definitely on the back end — up to ten times better. You can get a small tattoo (under 2 inches) for $30-$100. The biggest tattoos attract a price of $500 and upwards.  On the flip side, Tattoo Removal costs nearly ten times that price — anywhere from $900 to $3500 or more. It can take multiple sessions to rub it out. The removal market consists of 70% female clients and 30% men.

ON THE BACK END

Imagine a tattoo removal technician consulting with a woman about the heart-shaped tattoo on her thigh. In the center of the heart is the name of her ex-boyfriend. She recently became engaged to a different man and he hates that tattoo. The woman wants to get rid of the old tattoo and the name of her ex because it’s causing straining her current relationship. Fortunately, she’s come to the right place.

“Terrible thing,” says the tattoo removal technician. “But maybe I can help you.”

Imagine you’re picking up your “perfect angel” seven-year-old daughter from a birthday party of one of her school friends. You walk in and see a drowsy kid on a couch. Another is stuffing his face with cake, while one appears to be puking. Not that unusual for a kid’s party. …