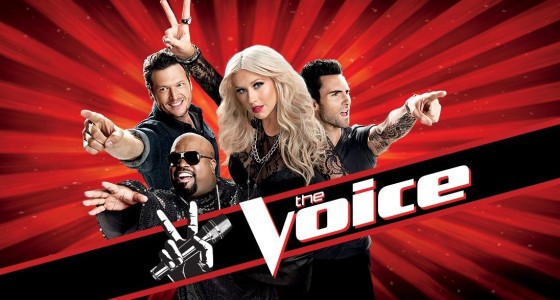 Most reality TV shows make me cringe. I’m not sure why anyone would find the lives of Beverly Hills housewives and bearded duck-hunters so fascinating that they tune in to watch in record numbers.

But when a friend asked me to name my favorite TV shows, I realized that my top three were reality shows — Shark Tank, The Pitch and The Voice. (My all-time favorite TV show was the critically-acclaimed Breaking Bad, which recently aired its series finale a few weeks ago and was in a category of its own.)

But now my top three are Shark Tank, The Pitch and The Voice. They are all reality shows. And they have a lot in common with the best marketing campaigns. They offer happiness— or at least hope for happiness.

The best marketing campaigns, subconsciously suggest that buying what they are offering (or voting for it or opting in, etc) will make you happy. If they don’t directly offer happiness, they offer hope.

The best reality TV shows do the same thing — although a bit more overtly. A recording contract, an investment partner, a new account — all promise to bring contestants happiness or at least hope for a better future.

The Pitch, now in its second season, is an unscripted TV series from AMC that goes behind the scenes at American ad agencies competing to pitch a new account. Each week the two agencies go head-to-head in a presentation known as The Pitch, with only seven days to prepare. Of course, my position as an agency owner is the primary reason behind my interest. But the fact that the show captures the competition angle and the highs and lows of a pitch makes it fascinating for everyone to watch.

Shark Tank, on Fridays on NBC, is actually based on the Japanese version of the TV show called Dragon’s Den. The show features a panel of potential investors, called “sharks,” that considers offers from aspiring entrepreneurs seeking investments for their business or product. The entrepreneur can make a deal on the show if a panel member is interested. However, if all of the panel members opt out, the entrepreneur leaves empty-handed. One of the “Sharks” is Dallas Mavericks’ owner Mark Cuban.

The “sharks” often find weaknesses and faults in an entrepreneur’s concept, product or business model. But TV Guide reports that the show’s panel members have invested $12.4 million in the business opportunities presented to them. Even those whose business ideas didn’t get an investment from the sharks still benefited from the publicity generated by appearing on the show and experienced a spike in business.

And unless you’ve been living in a closet, you’re familiar with The Voice. Now in its fifth season on NBC, the show’s winner receives $100,000 and a record deal.

The Voice premiered April 26, 2011; it delivered the highest 18-49 rating for a series premiere on a major broadcast network since Undercover Boss debuted after the Super Bowl in February 2010.

You may not be able to turn your marketing into a competition like these reality TV shows, but you can develop messages that focus on what drives us to watch these shows – hope and happiness. And a successful marketing campaign is a reality you can enjoy without ever turning on your TV.

It was the spring of 1966 and we were almost teenagers. Me and my buddies from the sixth grade at St. Nicholas Grade School were pretty excited about going to our first mixed party of boys and girls. We wanted to stand out…show the girls how we were different. We …