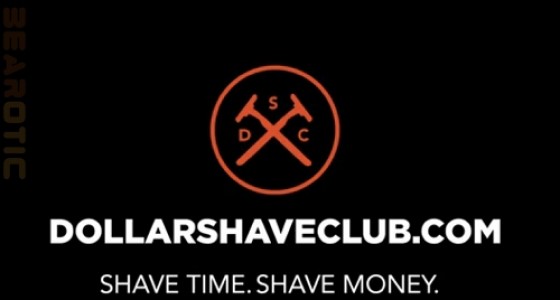 It’s a very rare thing: a true story about a successful company or organization in which marketing is the recognized hero.

Usually, successful organizations like to point to “getting into the market at the right time” or “answering a need” as the reason for the cash register’s continued ringing.

That’s what’s so refreshing about the Dollar Shave Club (DSC). The founders, Mark Levine and Michael Dublin, met at a party and the subject of the ridiculous price of razor blades came up. In July of 2011 they launched the company.

Michael Dublin has used innovative “storytelling marketing” from the beginning, and is quick to credit this approach for the company’s seemingly overnight success. Telling stories, Dublin says, is what makes a brand successful.

Of course, the Dollar Shave Club is also answering a need at the right time. Until recently, you had no choice but to spend $4-5 on a good razor blade. A good razor blade is one that delivers a comfortable, close shave and does not rip a man’s face (or a woman’s legs) to shreds.

And it’s been the right moment to answer that need for a long, long time. Others have tried. But going up against market leaders Gillette and Schick has proven futile for most. And the perception in most people’s minds is that no company could ever produce a really good blade at a lower price. So most of those who wanted a “better razor” stuck with Gillette and Schick.

That’s why marketing was so important. If DSC was to survive and thrive, they had to convince people they could produce a superior product and do it cheaper. Another obstacle they had was shelf space. In most major retail outlets, you have to pay for it…something this start-up company could not afford.

It was the marketing that has made all the difference. First, they developed simple and attractive pricing, delivery and membership. For a dollar a month, you get five twin-blade cartridges, $6 gets you four 4-blade cartridges and $9 gets you the premium 6-blade cartridges. You get free shipping with the $6 and $9 versions and a free handle with any version.

The website is simple, clean and easy to use. And an underlying message in the humorous copy tells you “these guys get it.”

Once the pricing, membership, website and products were ready, they began. They put their marketing into overdrive. In March 2012, the company launched a YouTube video entitled “Our Blades Are F***ing Great.” I encourage you to go to YouTube and watch it.

The video went “viral,” as they say. In two days, the video prompted 12,000 orders. A year and some later, it has more than 14 million views.

Fast Company Magazine’s website says this about DSC’s marketing efforts: “… they sound like guys that other guys would want to have a beer with, and this allows them to sell without making them feel like you’re being sold to.

Yelling ‘20% off sale!’ on social media is not identifying or claiming a value. Rather, values go beyond your product, humanize your brand, and allow people to identify.”

I joined DSC in part because I wanted a good razor blade at a lower price delivered to my door. But mainly because I’m a fan of good marketing. And if you want an example of great marketing against a much larger competitor, look no further than the Dollar Shave Club.

July is usually the hottest month of the year in Ohio. In July of 1966, I was just a kid, and it seemed especially hot. Air conditioning was still a rarity. If you wanted A/C, you went to a movie. In cars and in homes, it was practically nonexistent. But …