Jumping from a GOOD Idea to a BETTER Idea 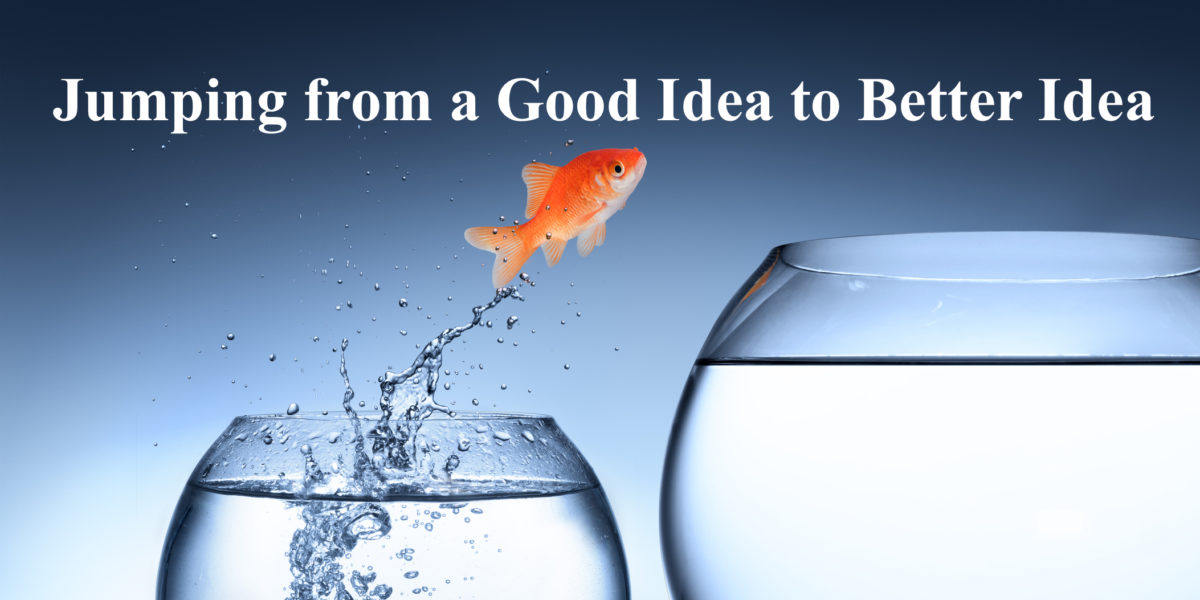 Barbers Jump From A Good Idea To A Better Idea

Luigi and Francisco were entrepreneurs living in a small village in Europe during the Middle Ages. One day in the spring of 1163 AD, they were sitting in the castle courtyard trying to come up with a small business idea.

Just then, the town crier passed through spreading news about a church edict that prohibited monks and priests from performing bloodletting. Sensing a pending unfulfilled demand in the market place, Luigi looked at Francisco and said:

Luigi and Francisco opened a “barbershop.” Their motto was “one shop, many services.” Like other barbershops of the time, they offered bloodletting, tooth extractions, lancing and even amputations—along with a shave and a haircut.

However, the pools of blood and piles of body parts drove away the haircut customers — who were the only ones who lived long enough to pay the bill. So, barbers decided to stick with just cutting hair.

Netflix Jumps From A Good To A Better Idea

Fast forward to 1999. Netflix starts a subscription movie  rental service that sent out DVDs via the U.S. Postal Service. By 2006, Netflix had almost 6 million subscribers.

Then, Netflix introduced video on demand (aka streaming video). According to most sources, Netflix now has 103 million subscribers.

Other Examples Of The Jump

Making The Jump From Good To Better Ideas

Once I became aware that good often spark better ideas on a regular basis, I embraced it and now use it to my advantage. But that wasn’t always the case.

I recall many creative meetings in which I’d pitch an idea I thought was fantastic. But I’d look at my fellow creatives and see them looking up at the ceiling or down at their fingernails. The silence in the room would make your ears bleed.

The only thing worse than the silence was someone pointing out the very obvious problems with your idea.

Um, the client’s total budget for the TV commercial is $10,000. How can we afford to rent a live whale — if that is even legal — and convince the YMCA to let us borrow their pool for the ‘whale-wrangling’ scene?

But I no longer have to face the embarrassing silence or verbal shakedown. Now, I immediately assume that any good idea is likely to be better in the second incarnation. You know why? There is almost always a better idea.

At your next creative meeting. Tell everyone to assume their first idea is not gong to be used – but they need come up with one to get the juices flowing.

Whatever you are working on — a new message, new service, new offer or media vehicle — get that good idea out there. But then set it aside, assume you are not going to use it and start over. Look for that better idea.  When that it comes, you’ll know, as Luigi says, “Opportunity is knocking.”

Ok marketers, try this little one-question survey on your friends and their children: What kind of person traveled from town-to-town, usually riding in railroad box cars, working for short periods of time, but always moving on, because he loves adventure and the journey? (Correct Answer: “A hobo.”) For bonus points, …