Has Marketing Gone Too Mainstream to Be Effective? 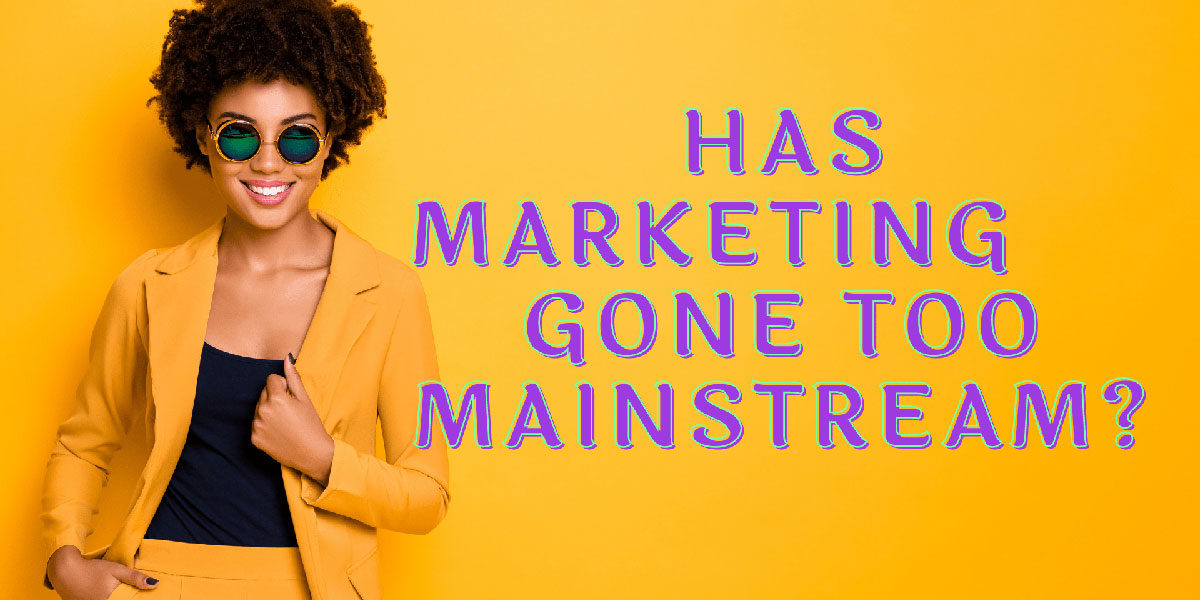 Magicians have an unofficial code that prevents them from telling the public how a trick works. But the prestidigitators who stick to the code are not doing so out of some sense of honor or duty. They keep “how it’s done” under wraps because it makes good economic sense.

After all (spoiler alert), who would pay to see a lady in a box cut in half if they already knew the lady is folding her legs into the upper part of the box and the legs in the bottom half are fake?

But marketing experts have had no such reluctance to show how they work their magic. Some say it started with the 1963 book “Confessions of an Advertising Man” by David Ogilvy. Ogilvy, known as the father of modern advertising, gave readers an inside look at the thinking behind some of his most popular ad campaigns.

Ogilvy believed a customer should be treated as intelligent. In 1955, he coined the phrase “The customer is not a moron, she’s your wife” based on these values.

He wrote another equally successful book, “Ogilvy on Advertising.” It gave readers an idea of what it was like working for and running an ad agency. The book also shared juicy topics like “Sex in Advertising” and strategies like “Secrets of Success in Direct Mail.”

But local advertising has always been somewhat “do-it-yourself” for many small businesses. Then came the social media boom. People on YouTube became stars and millionaires.

Suddenly people outside of Hollywood became stars, and products developed and promoted by average folks started selling like they had million-dollar ad budgets. A whole generation of media- and marketing-savvy individuals was created — and many are still very young.

My granddaughter is aspiring to be a “fashion influencer.” She’s seven years old. She starts every homemade video she’s in with, “Hi guys, today we’re gonna…”

My nine-year-old grandson recently started showing me drawings of a logo he created for his own line of sneakers. No Nike or Under Armour deal for him. He wants to have his “own brand” ready when — not “if” — he breaks into the NBA.

So does all the interest and mainstream attention in marketing translate into better marketing for most businesses? Sadly, no.

Small business owners now have almost twice as many advertising options (most of them online) available to them as they had 20 years ago. But that makes it do-it-yourself advertising MORE difficult, not less.

StrikeSocial.com says there are a dozen big mistakes you need to avoid, including these six:

It’s not impossible. Some business owners have been very successful creating their own campaigns and choosing their own media. But not many. With so many advertising choices for today, picking the right one might be a better trick than sawing the lady in half.

Remember waiting for a commercial break in a TV show? You could count on it hitting at a certain time in your favorite show every week. When it did, you sprinted for that snack or drink or bathroom. Sure, Clara asking “Where’s the beef?” was funny the first dozen times …