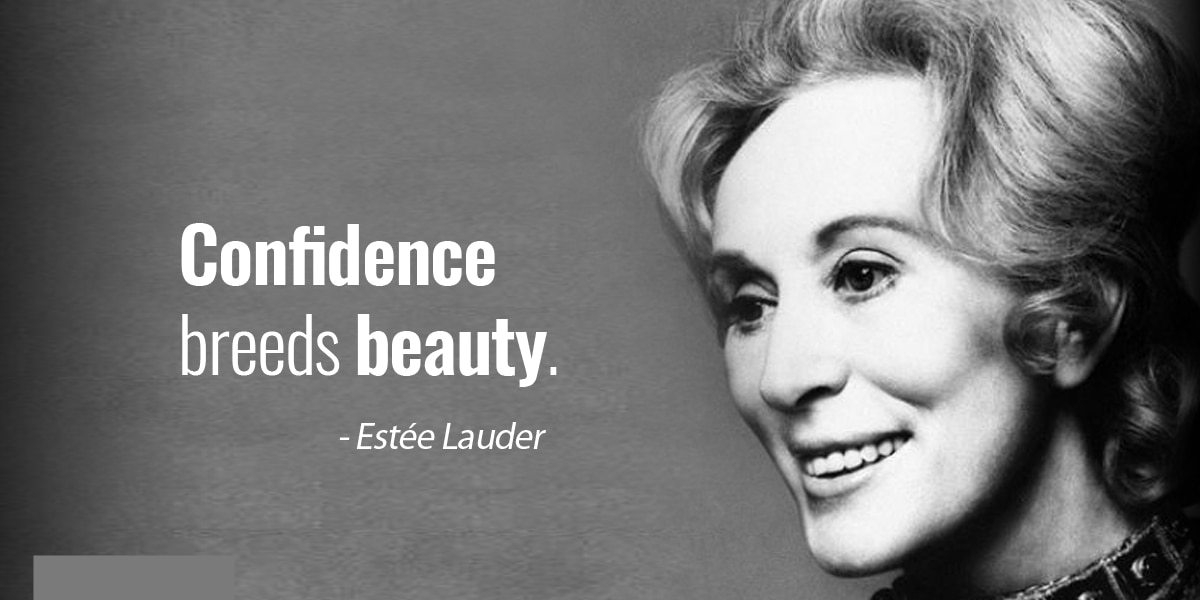 Are you awed by the marketing savvy, strength, and perseverance of visionaries like Steve Jobs, Elon Musk, and Jeff Bezos? Does their commitment to building their respective brands (Apple, Tesla, and Amazon) into culture-changing powerhouses impress you? You should be impressed— considering their innovative, aggressive, unrelenting styles.

Yet, if Jobs, Musk, or Bezos had to go head-to-head with a petite little lady named Estee Lauder, my money would be on Lauder. Those ultra-alpha males would likely get their collective asses whipped.

Estee Lauder — the company — is the global leader in cosmetics with annual revenue of $14 billion and 48,000 employees working across the globe. But the story of Estee Lauder — the person — is not well known. Lauder’s natural marketing skills, moxie, and commitment are largely responsible for the company’s position today.

According to Britanica.com, Lauder was born in New York City in 1908. She learned her first marketing lessons as a child in her father’s hardware store: assertive selling, perfectionism, promotion of quality products, and, above all, attention to outward appearance. Drawn to fashion and beauty at an early age, she learned the secrets of making lotions and skin creams from an uncle, a European skin specialist.

Estee founded Estée Lauder, Inc., in 1946. At the time, the industry was dominated by Elizabeth Arden, Helena Rubinstein, Charles of the Ritz, and Revlon.

Undaunted by these industry giants, Lauder listened to women talk about their insecurity with their looks. She set about creating solutions women craved and she succeeded. Next, she tried to get her products in high-end stores like Saks Fifth Avenue. But these hot-shot establishments didn’t want to stock products from a company with a name that was virtually unknown.

So Lauder scraped together $50,000 for an advertising campaign to try to make her company’s name better known, says an article in Medium.com. But the big Madison Avenue advertising agencies turned her down because of the small size of their account.

Estee then decided to invest the entire $50,000 advertising budget in producing samples.

Those samples were offered through direct mail, charity giveaways, and as gifts with purchases. She started giving free demonstrations and makeovers at salons, hotels, the subway, and even in the street. She also began visiting the homes of her clients, where she would do the makeup of their friends and sell more cream. It wasn’t long before Lauder was a fixture on the guest lists of New York City’s most influential hostesses.

When first-time buyers of Estee Lauder products went to the high-end stores to get refills, they found their favorite stores didn’t carry Estee Launder products and they complained — loudly. Soon, the stores were forced to stock Lauder’s products.

In 1985 she published an autobiography, Estée: A Success Story. It described some of her basic strategies: opening the Estée Lauder counter at each new store in person, offering free promotional items, and remaining personally involved with the company.

Today, what she did would be called guerrilla marketing. Estee Lauder also believed in word-of-mouth marketing. One of her most famous (and politically incorrect) marketing quotes was, “Telegraph, telephone… tell a woman.”

Like many successful entrepreneurs, Estee Lauder believed in her products. But she had the one-on-one connection with people that nerds like Jobs, Musk, and Bezos could not imagine. Successful as they are, they are lucky Estee Lauder wasn’t one of their competitors. If she was, I’d have one piece of advice for the guys: “Get used to second place.”

Does the word “brag” in the headline above bother you?  Does the idea of “bragging” about yourself or your brand make you uncomfortable?  That’s not surprising.  Many people put bragging in the same category as the “G word” (Greed).  Neither is illegal, but many of us are of the opinion …