The Little Company That Challenged Nike 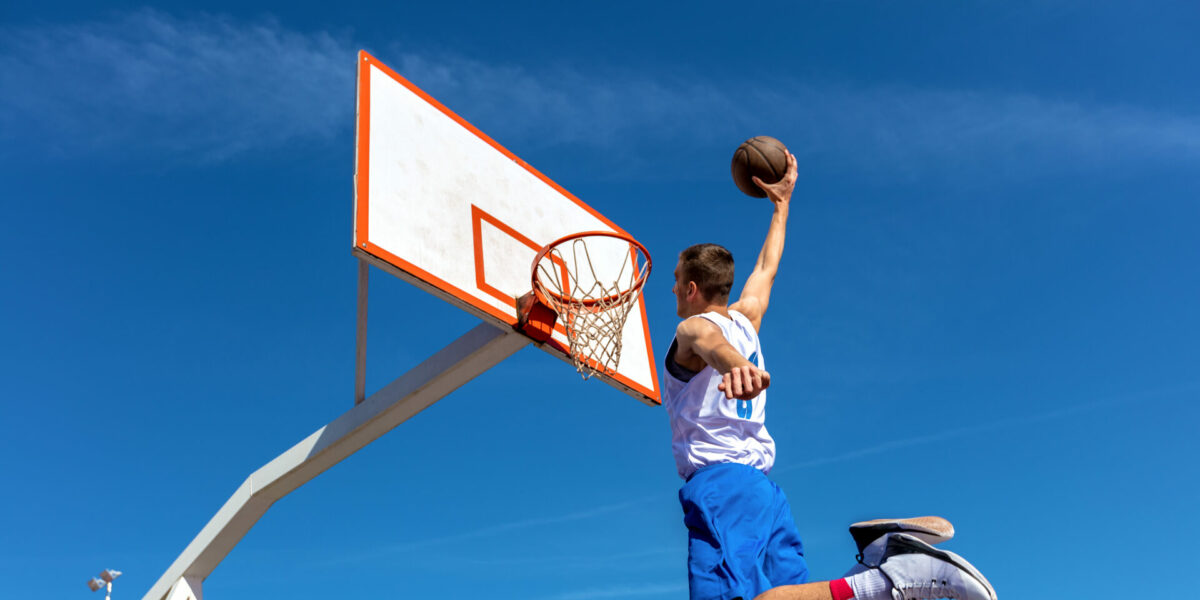 But what happens if the established industry giant also has some pretty awesome marketing chops?  Which company wins in a war between those two?

Nike vs AND1 was a marketing match up that surprised many. Even though Nike didn’t become a registered brand name until 1971,  it was a well-known brand and connected to sports since at least 550 BC.

Often mentioned in descriptions of athletic games in ancient Greece, Nike was known as the Winged Goddess of Victory and often portrayed with outspread wings hovering over the winner of a competition.

Today, she’s the Global Goddess of Sportswear, hovering over competitors with more than $200 billion in annual sales. Very few companies have really challenged Nike. But a little company called AND1 gave it a good shot.

AND1 was started by three basketball-loving graduate students addicted to playing what was known as “streetball” on inner city public basketball courts. Streetball has been described as, “…basketball, hip-hop and graffiti all in one.”

AND1 founders recognized that few inner city residents could afford the high price of a NBA ticket, but crowds often gathered at public playground courts on a regular basis where they were entertained with Streetball by wannabe, and even some former, NBA players.

A large part of streetball was trash talk so AND1’s first products were T-shirts with with trash-talk phrases on it. The wording was tame by today’s standards. One liners like, “My game is butta…You’re toast.” were common.

In the company’s second year, it signed a deal with Foot Locker to sell the shirts in 1,500 stores. It wasn’t long before AND1 added athletic shoes to its product line.

But selling sneakers to a public that idolized Nike-sponsored Michael Jordan and his signature “Air Jordans” was not going to be easy.  So AND1 determined their best chance at success was using the same weapon Nike used to achieve success — creative marketing.

AND1 could not afford millions dollars of TV spots, so they went directly to the public with a unique guerrilla marketing approach. Instead of promoting their products directly, AND1 created teams of the best streetballers and outfitted them with AND1 gear.

AND1 promoted games between the teams and streetballer personalities like Grayson “The Professor” Scott Boucher and Philip “Hot Sauce” Champion. AND1 also had an ESPN series that was the No. 1 show among male teens in the U.S..

The strategy helped AND1 become the second-largest seller of basketball footwear in 2001 with revenue of $285 million. But eventually, Nike noticed the popularity of Streetball and began using the “street” theme as well and sponsored similar events.

AND1 owners knew their time in the sun was over when their core message and strategy was taken over by Nike. Nike did it bigger and better.  AND1 founders sold most of their stock, cashed in and moved on.

Technically speaking, AND1 never “beat” Nike, but its team members became celebrities, its founders became rich, its fans were entertained and a uniquely urban culture was introduced to America.

Ultimately, AND1 proved you can challenge even a company like Nike, which is known for its marketing, with the same weapon  — marketing.

In fact, if they looked up, AND1’s founders might have even noticed the Winged Goddess of Victory hovering over them.

Seems a little silly, doesn’t it? A little old lady, wearing a crown, walks out on to the balcony of Buckingham Palace. For next ten minutes, the late Queen Elizabeth offers her royal wave to thousands of her adoring English subjects, many whom have waited hours just to see that …